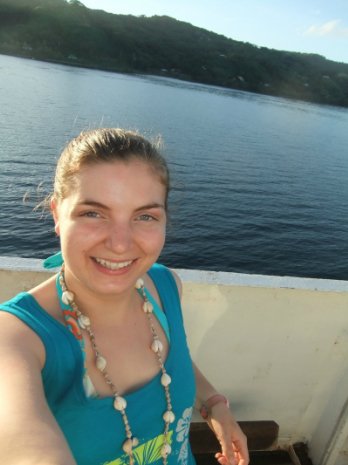 Not only has she recently completed a degree in sociology, she’s also designed and developed a new website, called Beautiful Identities. Ultimately it will include an app, which helps those experiencing health challenges to explore their individuality and learn they are not defined by their illness.

Hazel’s motivation came from her own lived experience of depression and anxiety in her late teens.

“I experienced mental illness and also chronic illness for many years,” she says. “When I was unwell, it was easy to see myself how others saw me – as someone who was ‘crazy’. I started to define myself in this way, which had a negative impact on many aspects of my life. “It wasn’t until I started to realise that my illness did not have to define me, that it became easier to counter self stigma, by recognising more positive parts of my identity.”

Hazel was motivated to develop Beautiful Identities after reflecting on that experience.

She thoroughly researched her idea as part of a University of Canterbury Innovators summer scholarship, and spent time discussing it with medical professionals, support organisations and tangata whaiora, before she launched Beautiful Identities.

So far, the feedback has been overwhelmingly positive. “Many people believe there is significant need for something like this, as there’s a general consensus that identity is hugely impacted by a diagnosis of ongoing illness,” Hazel says.

“The blog posts allow people to see their illnesses from a different perspective, and help to counter self-stigma by encouraging people to believe it is acceptable to be unwell, whatever this means to the individual. “Additional information on the site helps people better manage their illness, and the app, which is still in progress, will expand on these ideas.”

Hazel believes stigma and discrimination associated with mental illness stems from a lack of understanding and also an unwillingness to learn more.

“People often hold a lot of false beliefs about people who’ve experienced mental distress, and use these beliefs to judge a person before they actually know them,” she says.

One way of tackling that is to be more open about mental illness. “Talking about it encourages a wider understanding of the issue, while avoiding it suggests to people that they need to feel ashamed about their illness,” Hazel explains. “By talking, those experiencing mental distress can stop being reduced to a reflection of their symptoms, and can address issues regarding identity, self-esteem and confidence.”

This is Beautiful Identities’ strength. It is a place where people can explore their identity, find advice on living with ongoing illness, and join a community of like-minded people. And for those supporting someone experiencing mental distress? Hazel encourages people to listen. “If they know you are there for them, that is hugely positive.”