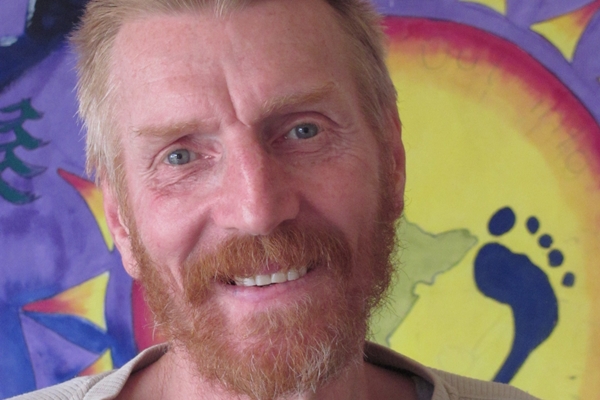 Richard Towgood from Tapu on the Coromandel is not one to ignore an opportunity. He was walking past the Hauraki Herald demolition site in Thames and saw a job in the making.

Richard, who has experienced mental distress, says that years ago – before he became unwell – he was able to walk straight from one job to another without any trouble.

“Now that has all stopped,” he says.

Richard doesn’t let much discourage him though.

“It just takes a bit of cheeky initiative. I hate going through the process of applying through paperwork because I find that being dyslexic is more of a problem than my mental health diagnosis. I tend to just go on and prove myself.

“That’s what I did this time. I saw the project boss – Russell Mead, asked if he had work and said that if he did, then I’d be there working. The boss laughed and took me on.”

By the time Richard had helped remove the roofing iron from one side of the building and de-nailed nearly the whole of the other side, Russell was convinced.

He offered Richard the position of project foreman and asked him to hire some help. Richard turned to the guys he knows from Stepping Out*, which was just two doors down the road.

“I got three workers and we thoroughly enjoyed wrecking the building,” he says.

“We’d go over to Stepping Out for tea breaks and it was a source of pride that we were employed. It definitely lifts your spirits when you’ve got a job.”

Richard says that Russell would be happy to employ him again.

“I’ll wait to see if the new building contractor is also interested,” he says. “I’d definitely be willing to give it another go.”

Russell confirms he was happy with Richard’s work and gives “full credit to the team”.

“We all have this view that people with mental illnesses can’t contribute, and I think that’s totally wrong.

“In these days of high unemployment they tend to be looked at last, but what you get is a loyal worker. They appreciate the opportunity. I’m happy to endorse the Like Minds, Like Mine motto to ‘be there and stay involved’ and it’s something I’d recommend to other employers.”

Stepping Out manager Jo Burns says she noticed the change in the guys who worked on the demolition site.

“You could see how they were uplifted. It has led to them being inspired to do other things and
I really hope they’re given further opportunities to work in the future.

“Work gives people a focus, purpose, and increases self-esteem. Having a routine and a sense of self-worth leads to accomplishments. It’s great when someone is willing to give someone a chance, for however long or short a period that might be. The guys now know they can do it.”