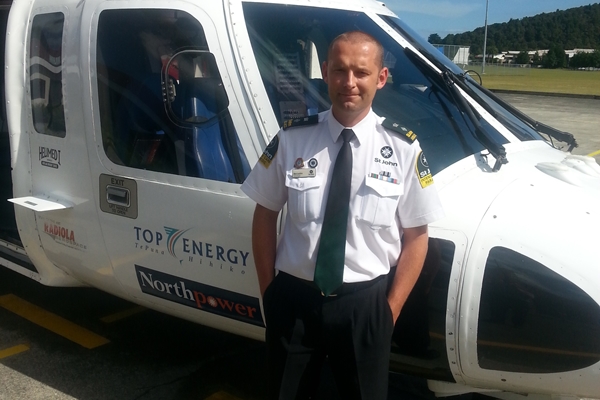 A supportive workplace makes all the difference

Ben Lockie has everything he could wish for in life: a beautiful wife, fantastic kids, a home and a career – yet he’d been battling feelings of depression since his 20s.

A 35-year-old intensive care flight paramedic and territory manager for St John in Northland, Ben’s life fell apart when he was diagnosed with severe clinical depression and bipolar disorder in 2012.

“Being given a diagnosis was very hard to deal with initially. I had always been a very high-achieving person and I didn’t understand why this was happening to me. I didn’t think I would ever work again.”

What works in the workplace

Ben was proved wrong. Despite his misgivings, his workplace was immensely supportive. “My boss gave me the time I needed to recover, funded my psychology appointments and, eventually, gently persuaded me to return to work in a purely administrative role,” he says. He doesn’t deny that it was incredibly hard at first, but says there was no pressure. “Returning to work helped keep me occupied, and as my confidence grew I slowly returned to a clinical role,”

Ben continues. “After about a year I was functioning as usual both on ambulances and in our rescue helicopter, and I was working as a manager.”

Ben says his work colleagues were amazing, especially after he decided early on to disclose his experience. “Letting others know about my depression was important in moving myself forward,” he explains. “Some of my colleagues were incredibly worried about what was going on and I felt that being honest would ultimately help me overcome any stigma that may be associated with my illness, and let those who cared in on what I was dealing with.”

Ben’s colleagues would check on him throughout the day, giving him words of encouragement and sharing their own experiences of depression. “When you are honest about your own battles, it’s amazing how many people come forward and tell you about their struggles. More people than you would ever know, and people you would never expect, have waged private battles with depression.

“I am incredibly grateful for their support. My colleagues are a special group of people and have always been my second family.”

Living through his experience has given Ben an understanding and empathy for mental distress he admits he never really had before. “I tended to be a little judgemental, something that I feel quite ashamed of,” he says. “Now I’m more patient with people and I know that what worked for me – feeling reassured and safe, listened to and not judged – will work for others in similar situations.”

Now Ben works hard not to overdo things. He has become acutely aware of his own stress levels and actively manages them by ensuring he keeps a good balance in life. “My job is emotionally challenging and I think that the health profession needs to be more open about when we are struggling with our mental health,” he says.