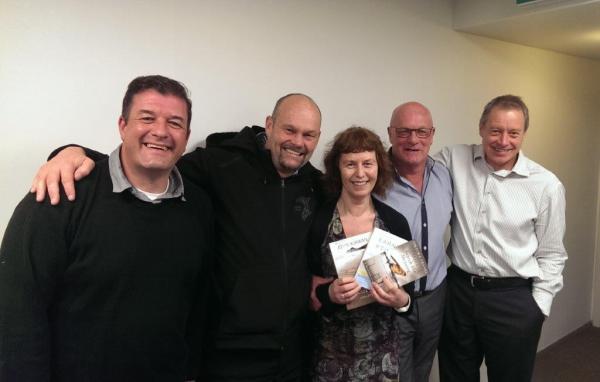 As general manager of building compliance and consents at Wellington City Council, Mike Scott is responsible for the workplace wellbeing of 100 employees.

He says it doesn’t take a genius to work out that irrespective of where or how mental distress is caused, there are real benefits for employers who invest in the overall wellbeing of their staff. “There is also plenty of evidence that shows that there is a direct correlation between staff feeling supported and productivity,” he says.

Mike knew the Wellington City Council (WCC) had a robust health and wellbeing strategy in place, so he was more comfortable disclosing his own experience of severe mental distress after his wife lost her battle with cancer. “I approached my director and told him I was in a bad place,” Mike says. “He was obviously concerned and asked what he could do to help. I told him I had put a plan in place, which included working with my doctor and a counsellor to help me through things.”

On a day to day basis Mike was able to keep things together in the workplace. “Most of my really bad moments manifested themselves out of work hours,” he explains. “But on the odd occasion things got too much at work, I was able to change my meetings and go for a walk along the waterfront or have a coffee with a mate.”

Mike worked through the experience himself, with some support from his director, who continued to keep in touch with how he was going, and two close work colleagues who contacted him regularly to make sure he was okay.

Sharing your story can help others

Knowing that it’s not always easy for men to discuss emotional, mental and social wellbeing, Mike (and Phil, another manager) have chosen to share their own mental health challenges in a pre-recorded video, as part of a new staff workshop series called One for the Blokes. “Speaking to my colleagues is a very cathartic experience for me,” Mike says. “I get something different out of each of the sessions I speak at, and people appreciate seeing managers who are not bullet proof.”

They are available to chat with staff during and after the workshops and feedback from attendees Mike has spoken to after their sessions include a significant number of recurring comments such as:

He says that if people are concerned about their, or a colleague’s, mental wellbeing, the old adage about the hardest thing being taking the first step is absolutely true. “Depending on the person and the situation, I’d suggest just talking about the issue in as considerate a way as possible,” he says. “Let them know you are raising your concerns because you are a friend and want to help.”

He acknowledges that self-stigma, and discrimination can sometimes prevent people from speaking up, however he’s not been subjected to any discrimination in his workplace.

Mike has developed a seven-step programme to manage his own wellbeing – which includes checking in on his mental state each morning and preparing himself for the day. “I have a weekly fitness regime in place, which includes plenty of walking and long ocean swims at least twice a week,” Mike says. “I also see a psychologist to work through any work-related pressures I have, so I can do my job as well as possible.”

He knows he can’t do it on his own which is why he’s pleased to be supporting the WCC’s One for the Blokes sessions.

“Everyone needs support to improve and maintain their mental wellbeing and this programme is starting to have a positive impact. ”