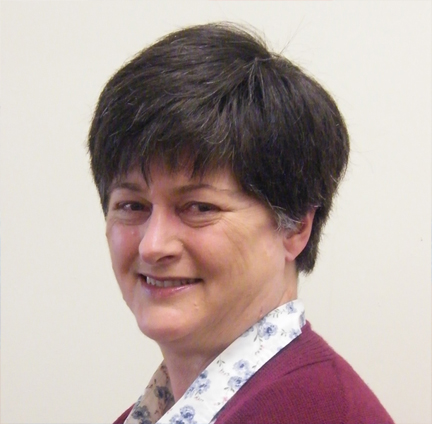 Yvonne O'Hara was late coming to journalism, but fast catching up. “I had always wanted to be a journalist but only started training at what was then Wellington Polytechnic when I was 35,” she says.

After completing training Yvonne spent six years working on community papers in Wainuiomata and Alexandra, before she started working for Southern Rural Life in 2004.

Her previous roles - as a bar maid and shop assistant among others - prepared her well for the highly communicative role journalists play in small communities.  She blossomed into a rural reporter with an interest in agricultural technology, rural mental health and rural innovations.

“I’ve learnt there are real advantages in being connected to the land and the seasons,” Yvonne says. “Most farmers love their jobs and being out in the middle of a huge paddock, with only the cows, sheep and dogs.  They are satisfied producing something tangible as a result of their labour.

“Unfortunately rural people also have to deal with the heartbreak when that work is destroyed during an adverse event. They are more vulnerable to economic downturns and the seasonal nature of their work. There is a stronger sense of community in rural areas, but there is also more isolation, which limits opportunities for social interaction, particularly if local sale yards or pubs close down.”

Staunch by nature, farmers are less inclined to seek help, or talk about what is bothering them.

Yvonne still remembers her shock when first reading the statistics around rural depression and suicide.  “About the same time there were several suicides of southern contractors, farmers and rural professionals and I discovered that `one in five people will be affected by mental illness during their life'.”

It was her realisation she may be able to raise people’s awareness about rural mental health support that prompted her to apply (successfully) for a NZ Mental Health Media Grant in 2009, and again in 2015.

“I was surprised how enthusiastic the rural support trust people, health professionals and mental health specialists, specialist counsellors and school teachers were when I first talked about the projects,” Yvonne says.

“They were keen to be involved and went out of their way to make themselves available for interviews. Every single person said resources like these were necessary and would be extremely useful.”

The first supplement focussed more specifically on farmers, while the seconded highlighted the resources and support available to rural spouses and children.

No stigma in asking for help

Yvonne’s had lots of positive feedback from rural individuals, organisations and professionals.

“The first Down on the Farm was published the same week there was a huge dumping of snow in the south, which cut off farmers and provided a huge amount of stress, so the timing was helpful,” Yvonne says.

It was reprinted two times and went on to win an Australian TheMHS mental health print award. The format was duplicated in the Taranaki region, and their publication won the same TheMHS award a subsequent year.

“When I was researching for this latest supplement, I found my original Down on the Farm listed as a resource in a 2014 ACC report “Farmers' mental health: A review of the literature'' ,” Yvonne says. “I was quite chuffed about that.”

She likes to think both supplements have encouraged more farmers and their families to realise it is okay to ask for support from neighbours, friends and professionals, and to talk about what is troubling them. “There is no stigma in asking for help.”