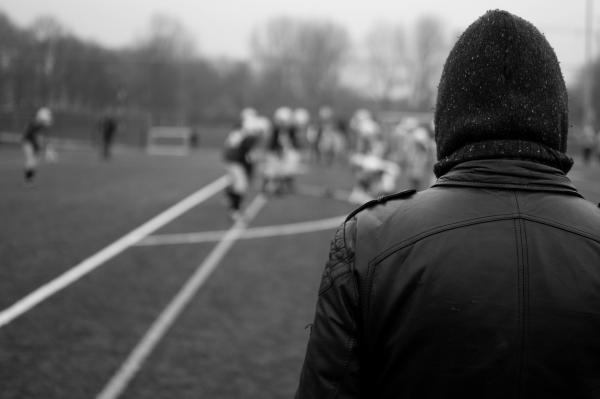 A brush with mental distress

Pita Alatini says his brush with mental distress after being dropped from the All Blacks means he knows all too well the power of discrimination such people can feel.

Now 39 and director of rugby at the Pakuranga club in Auckland – and one of the faces of the Like Minds, Like Mine #stepforward campaign about discrimination against people with experience of mental illness –  Pita was a well-performed midfield back for the All Blacks from 1999-2001, playing 20 games including 17 test matches.

When a new All Black coaching team took over, Pita felt his stocks beginning to slump and struggled to cope with the rejection. While he was not diagnosed with depression, he nonetheless descended into a place he now recognises as perilous, where he began “self-medicating” with alcohol.

“I wasn’t diagnosed because I didn’t talk to anyone,” he says. “Being an All Black was great and I was in my third year with them and felt I had really come to deserve the jersey.”

New coaches John Mitchell and Robbie Deans had a new direction, game plan and players in mind and Pita found himself no longer in All Black plans.

“It was tough,” he says. “I felt I was still playing well and I just didn’t understand it [his dropping]. Looking back, I might have handled it if I had been a bit more mature.

“Instead of working hard, just enjoying my rugby and proving something to them [the new coaches], I felt really down. That led to drinking – not everyday drinking but binge drinking – just so I could get lost and not have to think about it [his dropping].”

“It hit me pretty hard but I was able to move on and cope with it eventually, without talking to anyone about it.

“That’s the discrimination thing at work. I knew that if I talked about it I might lose the respect of my peers and the public so I kept it all bottled up inside.”

The Health Promotion Agency, which manages the #stepforward campaign in partnership with the Mental Health Foundation, say discrimination against those with experience of mental illness actively delays or prevents recovery. It is such a force that many people self-censor by not opening up to others and avoiding jobs, social situations and even family to mask their problems and to avoid being judged.

Pita, wife Megan and children then moved to Japan in 2004, where Pita played and coached for nine years, returning only in 2012. Again he experienced a deep sense of despondency, this time fuelled by leaving a place where he had been happy and feeling directionless back in New Zealand.

“I got a bit lost again,” he says. “I started feeling a bit worthless, like I hadn’t achieved everything I could in life; I knew what I wanted to do but I felt it was out of reach and that I couldn’t do it.

“Japan was great, we were really happy there and our kids got immersed in the society and the culture – they were my translators half the time. We loved it but I found it a bit hard to cope again when we left.”

His drinking began again but this time he sought out a counsellor (who has since become a friend whom he sees at least once a month still) and, for the first time, was able to talk about things.

“I had felt like I did when I was dropped from the All Blacks – really sad and down and I didn’t want to talk about it because I was a former All Black and a bit of a role model, I guess, and I didn’t want people to discriminate against me because of how I was feeling.

“It [counselling] was a big help and after that first year when I really battled through, I was lucky enough to get a great job as director of rugby at Pakuranga – and I really have to thank them for that; it was a big thing for me.”

Megan, herself a public figure after her appearance on the reality series Popstars and NZ Idol, her membership of pop group TrueBliss and various acting gigs, heard about the Like Minds, Like Mine campaign. Suddenly Pita found himself with a microphone in hand on the streets of Onehunga, interviewing passers-by for a video that captured attitudes towards discrimination.