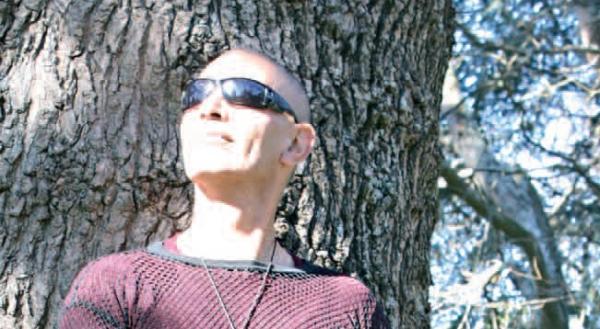 Out of the darkness and into the light

As the warm sunlight streams in through the window behind Te Ariki, he closes his eyes, utilising all of his senses before sharing his next thought. Each sentence he speaks takes us on a journey, his words are thought provoking and the story of his life is raw with emotion.

Te Ariki was born a man but with significant female traits.

His childhood and youth were filled with rejection. He was not Māori enough, not white enough, too feminine or not feminine enough.

Home life did not help, because if he made a friend, they were not allowed over to play. Spending most of his time isolated and alone, Te Ariki talked to himself until a thousand thoughts flooded his brain.

Most of these thoughts became negative and, with no foreseeable change and no reason to dream, he wondered what his purpose in life was and whether he should even be alive. “Often my thoughts reached boiling point – like a pressure cooker – and from an early age I used drugs, alcohol and self-harm to numb the pain,” he says. “But I found that once I’d come down from a ‘high’, none of the problems had gone away.”

On one occasion his ‘day’ lasted 30 days – from 1 June until 1 July. “I hardly slept and fell back on using drugs and alcohol because of the uncontrollable activity and thoughts inside my head.”

Te Ariki says he’s had times where he would lock the door, close the curtains and sit alone, only venturing out of the front door early in the morning to quickly bring delivered groceries inside. “If I felt up to it, I would go for a walk very early in the morning when no one was around.”

Sometimes he was not alone, but says that when you have deep depression, “people try to help, but it is like you are surrounded by a brick wall and you can’t deal with yourself, let alone other people.”

“Still, if you want things to improve you have to take the first small steps yourself,” he says.

It was around three o’clock one September morning in 2010 when, on the way home from a walk, he saw an advertisement on a building that changed everything for him.

“The ad called for volunteers,” he says. “Something was drawing me to that building and the ad, so I thought I would call back the next day. “As I sat in a bus shelter across the road I pondered, ‘shall I go in and find out, or walk away?’ ”

Te Ariki opened the door and walked in. That moment was the turning point in his life. Within a year Te Ariki has become a cherished member of the Supporting Families team.

He is a valued important presenter of the Like Minds, Like Mine programme, sharing his lived experience and helps deliver workshops to the community around mental health issues. “I have found a purpose, a home, a whānau and I’m surrounded by many caring mothers,” he says.

“I have achieved the one goal I always had – happiness.”

Nowadays, Te Ariki has replaced his old, negative habits with new, positive ones that keep him well. He enjoys life – meeting people, writing uplifting music and pursuing his many new dreams.

He says he wouldn’t change anything about his life, because every moment was a part of a personal journey that has led him to where he is now. “All those stepping stones have helped to define my purpose and now my experiences are helping many people,” he says. “I never had friends as a child, so I love helping youth.

I never had a lot of material things, so I respect and value everything.” Te Ariki’s positivity and appreciation of everything he has gone through is an inspiration.

It should give everyone hope and a realisation of just how lucky most of us are. Te Ariki has come out of the darkness and into the light – where he plans to stay.