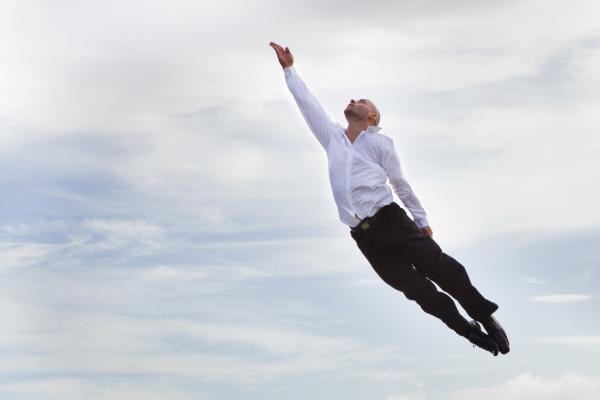 Dancing out of the dark

When Kapiti dancer Tamihana Paurini experienced depression, he would not accept stigma and discrimination from people to whom he told his story.

Instead he struggled with self-stigma. “I had stigma about having mental illness. I told myself ‘you are nuts’. There was a period there I thought I was going to end up on the side of the road and that was my life.

I had images of a hobo sitting on the street. I didn’t want it to go that way but all these ideas were going through my head,” Tamihana says. “I felt so guilty about it; I was really hard on myself. I felt for my family with the pressure I was putting on them but they made me feel okay about it so I started slowly realising I was putting more pressure on myself and I had to let it go a little bit to recover,” he says.

Tamihana trained as a dancer after leaving high school, then moved to Auckland where he joined Black Grace, a contemporary dance company which tours nationally and internationally.

When it all began

The depression started after he left Black Grace. “I tried to work initially but just couldn’t cope with dancing. I tried being a postie instead because I thought that was really simple physical work, but I just couldn’t do it. There was just too much anxiety and I couldn’t focus,” Tamihana says.

He moved to Kapiti and went straight to a GP. “I said ‘I am here and I need a counsellor’. ” The GP referred Tamihana to Martin Sloman from Compass Health. “He was hard core into the Welsh team because he is Welsh, and it was World Cup time. We talked about rugby and he asked what was going on. He is really practical and brought it back to the moment.

“I used to live a lot in the past and in the future but I just started being in the moment. If my mind was racing, I would find something that made me feel good in that particular moment like a nice glass of coffee; I would just have a moment and enjoy that.

“One morning when I was in bed, the curtains were open and the sun was shining. I sat up and the sun shone on my feet and gave me an amazing feeling through my body. It was a moment for me. Every moment I found, I would put my feet in the sun and it made me feel good.”

Tamihana’s brother (“a very blokey bloke who has been in the army for 25 years”) and sister-in-law were very supportive during his recovery. “They didn’t put any pressure on me. They just put their head around the [bedroom] door and checked up on me, cooked me meals and would come and sit with me.

They would ask if I would like to go for a walk and they kept me in contact with the real world,” he says.

Accepting the depression was another big step for Tamihana. He read Sir John Kirwan’s book All Blacks Don’t Cry and got involved with Whirlwind Stories, a Wellington organisation supporting men with depression.

“As I started coming out, I was really open with it. I was like ‘this is the case, I am recovering from depression, deal with it.’ I am just that kind of person and people around me appreciate that,” Tamihana says.

“When I first started getting out in the world again, most people I told were people at the gym [where Tamihana works teaching pilates and yoga]. Their response was ‘that is cool, I have had depression myself’. It made me realise what I was doing was being open about it because there are people out there who are not open.”

A connection at Whirlwind Stories gave Tamihana a music CD and one of the songs inspired him to start dancing again. When Whirlwind Stories had a concert to celebrate its first year recently, Tamihana danced to the song on the album. It was his first time performing in public for three years.

“It was a really successful night. We got a full house there and the response we got was wonderful,” Tamihana says.