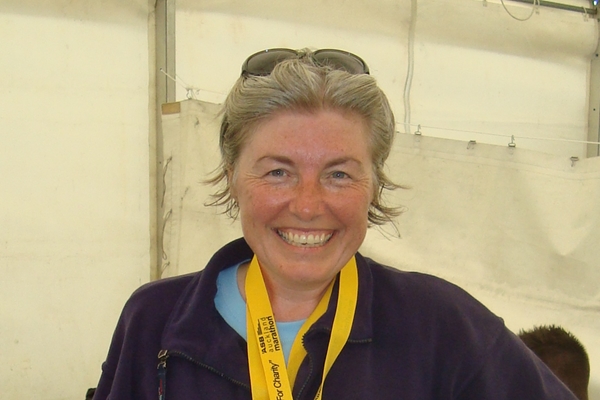 To those who don’t know her, Jo Ashcroft is the “bipolar lady” of Titirangi, Auckland. It’s a label she doesn’t mind owning, in fact it’s one she wears with pride.

“My car licence plate is ‘BIPOLR,” she smiles. “It was my 40th birthday present and I absolutely love it. I get so many comments and compliments about it. I did it to get it out there because, if someone like me can admit I have bipolar, anyone can.”

Jo is upfront about her diagnosis of bipolar II and has had little personal experience of the stigma and discrimination that can be associated with mental illness. “I’m really open about my condition – you have to be when it’s written on your car! Nobody has ever been shocked and said ‘I don’t want to talk to you anymore’. “Generally people get to know me before they get to know the condition.”

For the mum-of-two, who emigrated from England to New Zealand with her family in 2007, a definitive diagnosis was a long time coming.

“I had 20 years of really not understanding the way I acted some days, despite being married to a psychologist,” she says. “Basically, I’d had doctors prescribe me sleeping tablets, vitamin B and things for PMT.”

Reading the book The Unquiet Mind, which tells of a woman’s experience of bipolar disorder, was a revelation for Jo, who immediately recognised the illness in herself, as well as her father. “I read the book and went ‘that’s us, that’s my dad’. I put the book on my doctor’s desk and said, ‘that’s me’.

He said, ‘you’re going to be addressing stigma for the rest of your life’, but I said I didn’t care. I wanted a label and to know why I acted the way I was acting’.”

Following her diagnosis, the trained primary school teacher went straight to her head teacher. “I told her and she said, ‘so what’? She was incredibly supportive. She said, ‘if you have the best people around you, you look after them’.”

A craft lover, Jo is always on the go with some kind of creative project, which helps see her through her low times.

“Focus is the big thing. When I have tons of energy, I have lots of things to focus on. It’s about making use of the energy when I’ve got it.”

Her husband and teenage children also play an important role in her wellbeing. “The family are brilliant,” says Jo. “They are the number one group of people that have to deal with me. My kids are my focus and can get me out of the deepest of depressions.”

Running is another mood lifter for the 45-year-old, who also uses it as a way to raise money for mental health charities, both in the UK and New Zealand.

Perhaps one of the joys of being a stable (and over-achieving) bipolar is I tend to set lots of goals, so I’m also doing an advanced fashion course and setting up my own alterations and dressmaking business. It’s going to be a full-on year.”