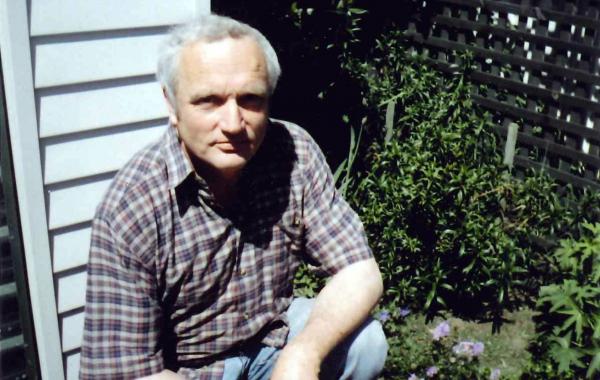 A project that brought together the musical and writing talents of two distant relatives is helping to raise awareness of the stigma associated with mental illness.

Eric Biddington, of Christchurch, and his distant cousin Rev Dr Terry Biddington, teamed up in 2013 to produce Unstrung Heroes, an album of chamber music interspersed with short talks on issues around stigma and discrimination.

Eric, an accomplished composer who has experienced schizophrenia and depression since the age of 20, was responsible for the album’s music, while Terry provided the words. “Does the music reflect the text? The answer is ‘probably’,” says Eric.

“With music, you make your own interpretation. The music can really stand by itself – it was written for the Westpac Chamber Music Competition. I just combined it with the text to make it entertaining.”

Each musical track on the album varies from upbeat to thoughtful, and is followed by a short, spoken piece from Terry with his thoughts on stigma and discrimination. “It’s not heavy-going, like a sermon,” says Eric, who is a former consumer advisor. “The music does provide a bit of relief from the text. The emotional feel of the music is lighter, so hopefully the two of them combined make it a good experience.”

Eric has experienced stigma and discrimination numerous times in his life. On one occasion, a good working relationship with a school was severed once the staff found out about his mental health diagnosis. “My mental health experiences and the experience of going into hospital have affected just about every area of my life. One thing that has always bothered me is that when you go into hospital, you’re seen as quite disabled. When you come out, it’s quite hard to get a professional job because you’re perhaps seen as not being reliable. “When you get a label, it’s awfully hard to get rid of it. I’ve found it difficult to find a job and I live on the invalids’ benefit.”

Despite having produced about 18 CDs and completing five university degrees in different subject areas, the 60-yearold is humble about his achievements. “My area of musical expertise is rather narrowly focused,” he says. “Chamber music isn’t the first choice of many New Zealanders. I give the CDs to the vet and the doctor and people in my neighbourhood. I’d say that perhaps I have a little bit of talent, which I’ve tried to make use of.”

Terry, a UK-based Church of England priest, does not have lived experience of mental illness, but his interest in discrimination stems from his work as a chaplain in an English psychiatric hospital.

While there, he was appalled at how some consumers were treated in hospital, and saddened by the stigma and discrimination they encountered in the community. “All stereotypes and labels need to be laid aside,” says Terry, on the album. “Could there ever be a day when the full continuum of mental health conditions is as routinely valued and integrated as the great spectrums of religious practice, gender and sexuality, and cultural diversity, have come to be?

“What would society look like if we dared to rethink our attitudes and some of our social expectations around mental ill-health?”