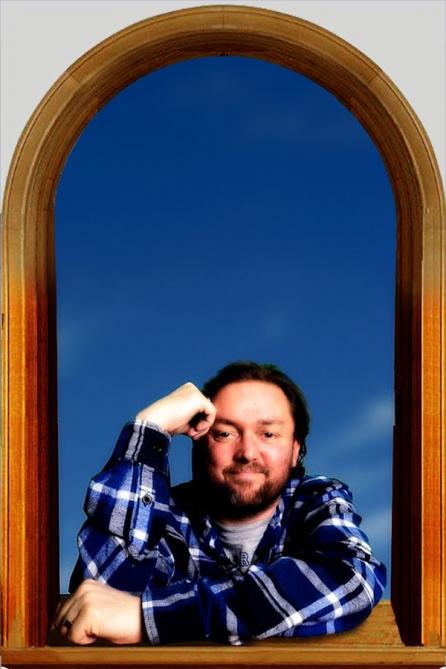 Simon Davis-Oakley enjoyed his life as a self-employed web designer and programmer right up to the point he underwent major surgery.

On waking up from his operation, he discovered he had irreversible memory loss and could no longer work in his chosen profession. Devastated, Simon had counselling to help him cope with the resulting depression, and refocussed his life in a completely new direction.

In 2012 he enrolled in a Bachelor of Design and Visual Arts degree at Unitech (Auckland), majoring in photography. To his surprise he discovered that he not only enjoyed it, but he was good at it.

A different kind of life

For the next two-and-a-half years everything went really well.

“I had a number of reasons to feel good, but my happiness levels kept climbing higher and higher into the stratosphere,” he says. “Eventually I crashed in the second semester of 2014 – the year I was due to graduate.”

At rock bottom, Simon attempted to take his own life three times. After a fourth attempt, his partner found him and took him to mental health services where he was prescribed anti-depressants.

It wasn’t until Simon was discharged and in care of his current doctor that the possibility of bipolar came up.

“The nature of bipolar medication means it is a bit of a process to confirm the diagnosis, and that is for a person’s own safety,” he says. After trialing four different types of anti-depressants that didn’t work, Simon was prescribed a small dose of lithium and says the turn around was amazing.

Giving others hope and insight

Back at uni Simon finds his lecturers and fellow students extremely supportive and understanding – and his friends and partner are particularly wonderful.

Simon is careful with his health because he knows if he gets tired and stressed, he can become unwell. He’s learnt to meditate, uses mindfulness, keeps a journal and makes sure he gets plenty of rest and sleep.

His reason for speaking up now is to give people with recent experience of bipolar, and those around them, hope and insight.

“I want to show people that if you are living with bipolar you don’t need to be ashamed of it,” Simon says “It’s not the end of the world – it’s just an adjustment that you learn to live with.”

“You can get up, brush yourself off and carry on. Bipolar doesn’t have to rule you - you can rule it. Your life can go on as normal and you can be better than ever.”