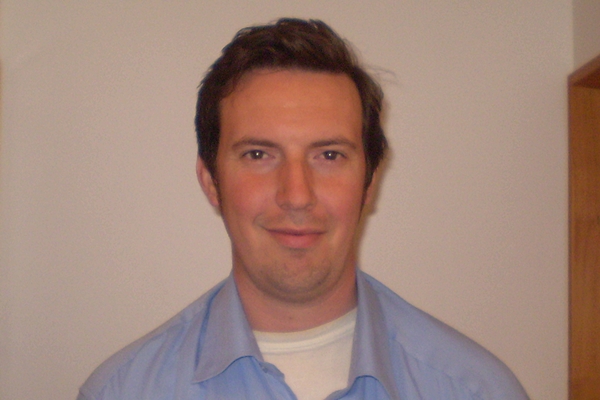 Schizophrenia is part of my story

Schizophrenia is potentially the most stigmatising of all mental illness diagnoses. Despite much research into its biological origins, the only agreement thus far is that it is the result of a complex interaction between genetic and environmental factors (1).

During the lead-up to the publication of DSM-5 this month, international debate over the validity and reliability of the diagnosis of schizophrenia once again flared. Describing it as a “dubious diagnosis”, an article in UK mental health magazine Open Mind (2) states: ‘”What is now evident is that the concept of schizophrenia is not a useful basis for bio-genetic research or for identifying people with problems of living.”

Writing in the same issue, David Pilgrim notes that “diagnoses like schizophrenia are rarely part of a great career move for anyone” and that diagnosis in general “should be replaced by unique and context-formulations about experience and behaviour”.

He rides his bike to work four days a week at a supermarket, enjoys music, going out to movies and the theatre with friends, is a volunteer with mental health organisations, has run creative writing groups and writes his own blog: writingdeskupdates.blogspot.com

Richard was diagnosed with schizophrenia during his 20s and has experienced high levels of paranoia and anxiety, bouts of depression, suicidal thoughts, and had what he terms, “some close calls”.

He has been well for a few years now and has continued to take medication.

He’s writing a book about schizophrenia and his journey to recovery.

Richard says the media has done a great job of demonising schizophrenia and associating it with violence.

He’s experienced the self-stigma of that stereotype and wants to set the record straight, particularly for males, who often find it hard to talk openly about their problems.

“When I was first diagnosed one of the first thoughts I had was, ‘I must be violent’. In fact, I was more scared of people being violent towards me. I want to show what it is really like – for the public to understand the condition better, and especially people who have schizophrenia and their families, partners and friends.”

Work as a recovery tool

For Richard, work – paid and voluntary – has been an important tool in his recovery.

But there have been times when he’s been unwell and work has become harrowing.

Mostly, he says, work gives him an opportunity to feel that he’s contributing something to the wider society.

“Being part of a team you can meet people and have social interaction, which is very important. I do think it’s also important to have a job that does more than just pay the bills, if you can find that work,” he says.

Discrimination by some employers has in the past, and continues to be, a problem that often sees employees with a diagnosis of mental illness lose their jobs or promotion.

Richard says his schizophrenia is manageable, so he hasn’t told his employers and doesn’t consider it their business.

“I've only told a couple of people at work that I've had mental health problems. Some are surprised, while others doubt. That's one of the problems with an internal illness – you can't see the pain.”

Writing has been important to Richard for a long time.

He says it’s helped “a hell of a lot” in the healing process, though it took him until his late 20s to realise that he wanted to be a serious writer.

“It sounds a bit bold, but I’d like to be a celebrated author and speaker and also want to continue to help people in some way,” he says.

“I’d like to think that I have made the world a better place.

“I also want to show that life doesn’t end once you’ve been diagnosed with schizophrenia – that you can go on to live a life of your own choosing with friends, family, jobs, hobbies and fun.

“Schizophrenia is a part of my story, but it won't define me.”

“When an employer does know that an employee has a mental illness, it is important for them (and all of us) to understand that a diagnosis does not define who the person is, or their prognosis for recovery,” says Hugh Norriss, director development and policy at the Mental Health Foundation.

“How an employer responds will vary from person to person,” Hugh says.

“Employers need to be aware that some employees will be reticent about disclosing a diagnosis of mental illness. They will also need to demonstrate that they are not going to discriminate if they want to have open disclosure from their employees," he says.

"Firstly, and most importantly, communicate well with your employee about the issues they are facing.”