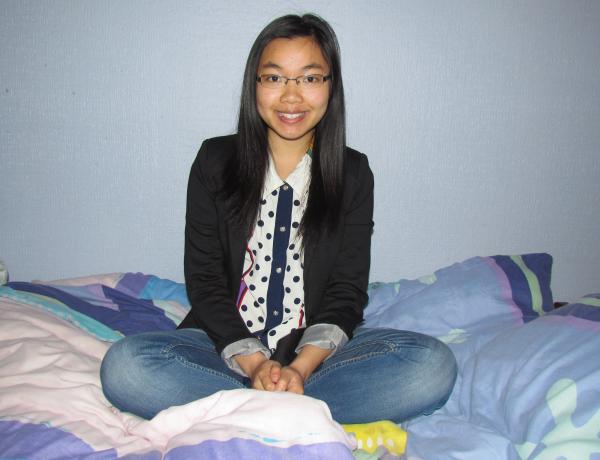 Until recently, Pakuranga College student, Stephanie Shen, had never experienced mental distress. This year, however, she put a lot of pressure on herself, balancing school with co-curricular activities and personal commitments.

“It took a toll on me mentally and emotionally,” she says. “I found myself experiencing anxiety and feeling depressed and at rock-bottom.”

Luckily Stephanie has strong support, systems at home and at school. Her parents and friends were very supportive and she also has quite an accepting school with a “wonderful team” of school counsellors and youth  workers. It didn’t escape Stephanie’s attention however, that some students were more ignorant about mental illness than others.“They don’t always understand the struggles of an individual experiencing mental distress and use expressions like, ‘stupid, dumb, retard and freak’.”

It was this language that Stephanie wanted to capture when she decided to submit a poem to the United Nations campaign for International Youth Day 2014, which had the theme Mental Health Matters. “I was motivated to write a poem that would convey the importance of reducing stigma associated with youth mental health,” Stephanie says. “It was about raising awareness that others should look beyond the illness and look deeper at the person themselves.”

“I also wanted to capture the importance of how personal identity should not be tied to something, such as mental illness, which may only be in our lives temporarily; each of us have the right to live fulfilling lives with enriching memories and achievements.”

Stephanie did not expect her poem to be published, but that is exactly what happened.

When she saw that her poem Who I Am had been shared by the United Nations Youth on Facebook page – and that there were already several hundred likes on it – she was caught off guard. She was even more speechless when she realised her poem was going to be in the publication presented at the United Nations Headquarters in New York.

“It was a huge honour and made me realise how empowering youth contributions can be, and how we can fulfil a role as change makers for the future,” she says.

“I had comments from people from around the world that my poem was beautiful and they were thankful I had written it.”

Best of all was recognition of her achievement from her parents and teachers. She was also thrilled local youth organisations were sharing her success with their groups, in the hope that youth members would read the poem and understand the importance of youth mental health.

Stephanie would like to reassure her peers that there are people who want to help. “No one should experience mental distress alone, and the more people you are able to talk to about how you are feeling, the sooner you will be on your way to recovery.”