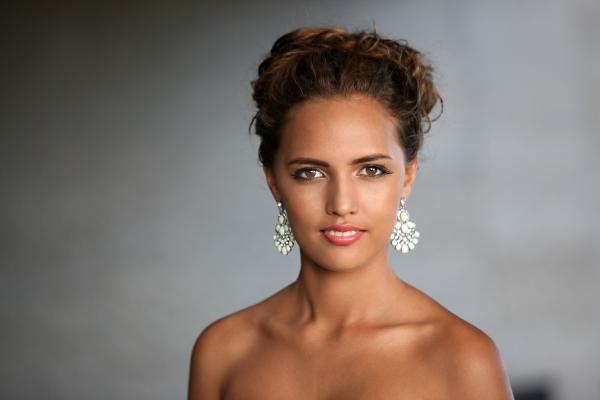 Fijian Torika Watters was just 12 years old when her father, Allan, took his life after experiencing severe depression. She was 14 before her mother, Anne, felt she was ready to know the reason behind her dad’s death.

“I remember clearly being at my cousin’s place and my aunty got a call from my mum asking her to bring me home,” she says. “At the time they couldn’t tell me what had happened, they just said dad had passed. I was still very young and had no knowledge of depression, so I didn’t ask any more questions.”

When Torika’s mother eventually told her more about her dad’s state of mind at the time of his death, and how his depression had not gone away as they had thought, it not only led to her own experience of depression, but also sparked a desire in her to tell both their stories in the hope that it would help others.

“My dad became depressed because he had ‘work troubles’ and couldn’t provide for his family,” she says. “My mother was successful in her work and took over the role of provider and I think he took this to heart – his values were conflicted.

“We found out he was depressed and took him to the doctor, where he was prescribed medication. But no counselling was offered with the prescription, and my dad refused to take the medication.

“After a few months, we thought he’d moved on and was feeling better, but now we know that he must have been still depressed.”

Torika says that an opportunity to speak out about mental health issues in Fiji came up this year when, at 15, she was invited to compete for the Miss World Fiji title. She was given special dispensation to enter the pageant underage, because “she had a powerful message to share” about mental health.

When she was crowned Miss World Fiji in April, she was stoked.

A great platform to advocate about mental health

“A lot of Fijian teens experience depression, but support in our country is quite limited. There is no mental health facility in Nadi, only one in Suva. There are counsellors, but not enough to give people the help they need.”

Unfortunately, her plans were short-lived. Her win was the centre of controversy as not only was Torika younger than the Miss World rule book allowed, but her mixed Fijian/European heritage elicited comments that she was also “too blond” to represent Fiji internationally and should have a buiniga (the naturally fuzzy Fijian hairstyle).

“It really hurt me a lot that some people were saying I ‘wasn’t Fijian enough’,” Torika says. “I am proud of my identity as a Fijian and have never considered my people as racists.”

Although disappointed in the discrimination she’s been subject to, Torika has received a lot of support from her family and others who believe in her. “My family was always there and thought that what I was doing was correct,” she says.

And, in a flipside to the negative publicity, Torika has taken up speaking engagements in Fiji, which she is using to advocate on mental health issues. So far she has spoken at her old school, International School Nadi, and she’s the guest speaker at a tourism conference this month.

“I’m also trying to raise money for underprivileged Fijian children,” she says, “and do what I can to highlight mental illness in teenagers, so that they can get more support.”

This former pageant queen is battling stigma and discrimination by standing up and speaking out, and proving along the way that “beauty is in the eyes of the beholder”.