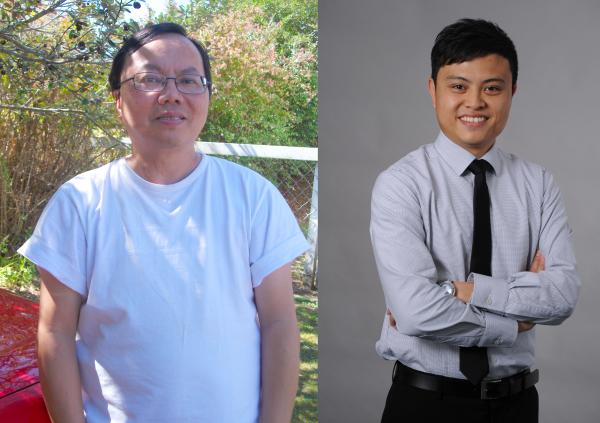 Speaking openly about an experience of mental illness can be a scary prospect for people of all ages and from all walks of life.

For people in the Chinese community, this can be even more nerve-wracking because of the stigma associated with mental illness. Stephen (left) and Jason participated in the Chinese Like Minds campaign (Kai Xin Xing Dong) Positive Energy in 2013 to reduce stigma.

Stephen, a commercial cleaner based in Mt Albert, was diagnosed with bipolar disorder in 1995. When he visited his family in Hong Kong and they were talking about his mental illness, they closed the door and the windows. They said, ‘don’t let the neighbours know’. “Over there, the community still thinks you’re a problem,” Stephen says.

He believes the situation is better in New Zealand because Kiwis are more accepting of people with experience of mental illness. However, he is still affected by self-stigma. “I don’t disclose [to many] because of stigma,” says Stephen. “Only family, and my close friends in Hong Kong, know. Self-stigma and fear of rejection have stopped the 57-year-old from confiding in his girlfriend, as he still views his mental illness as a “boundary” between himself and others.

Stephen is grateful for the ongoing support he receives from his friends. “They say, ‘we don’t care. We have been friends for more than 10 years’. Basically, I’m very lucky.” Stephen’s advice to people struggling with self-stigma is to “be positive”.

Jason Chow is a high achieving engineer who works in Auckland’s CBD, but life hasn’t always been easy. He has experienced three major episodes of depression during his working life – one of which included panic attacks.

All three times Jason has looked after his health by taking leave and seeking help. When he first experienced mental health problems, Jason took on a lot of self-stigma.

“I’m in a culture where people think you’re crazy and have this bad perception of you. My aunty committed suicide 20 years ago and an uncle committed suicide last year because of psychological issues. Mental illness is quite a hidden condition.”

However, the 31-year-old believes it’s good for people to be honest about their experience of mental illness because it raises awareness and gives other people the opportunity to help.

“At the bottom of my heart, I’m a little nervous that people will discriminate, but it is more important to help others,” he says. “Now I love telling them because I want people to know that what they’re going through is normal.” While he’s had a rocky time with his mental health, he is positive about the future.

“Every time I had a relapse and recovered, I felt stronger. Help and support works, as long as you give it time. Persevere, because you can recover.”