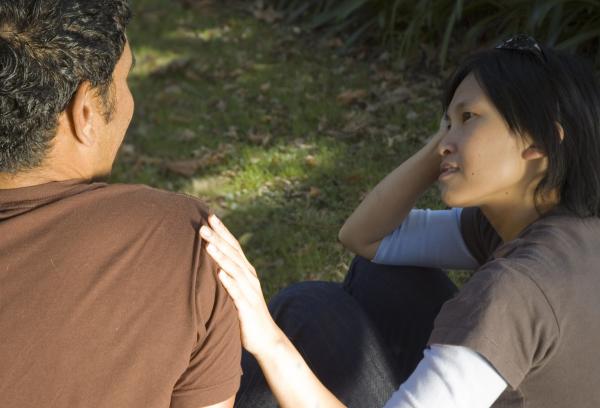 The years spent in tertiary study are supposed to be some of the best of our lives – a time of freedom, experimentation and learning. It can also be a time of poverty, social pressure and anxiety leading to experience of mental illness.

What are the realities of tertiary study? What can be done to reduce stigma and discrimination on campus and embed resilience so that students can really make the most of the opportunities that tertiary study offers? Students and staff at two tertiary institutions share their ideas and experiences.

Erin Harrington is a student currently completing her PhD in cultural studies at the University of Canterbury. She is also a regular contributor to CANTA, the official magazine of the University of Canterbury Students’ Association. Fed up with coverage of mental health issues that she found discriminating and trivialising, Erin wrote an article for the July 2011 issue of CANTA called It’s a bit messy, but life is messy… – The Stigma of Mental Illness.

Erin says she was surprised by how willing people were to speak to her about their experiences.

“The students I spoke to felt they had to put themselves into a closet,” she says. “They received help and support at an individual level, but not in public. Their perception was that many people are still keen to keep mental illness behind closed doors.”

Erin believes that to reduce stigma and discrimination on campus, more people need to speak clearly about their personal experience, not just discuss the high profile negative events (such as suicides).

Rachel Anderson-Smith, manager of Disability Services at Victoria University of Wellington, agrees. “Internationally the proportion of tertiary students experiencing and seeking help for mental illness is increasing and we are observing a similar trend,” she says. “At Victoria we are motivated to reduce students’ mental distress and anxiety and to focus on prevention, not just support. “

“The symposium brought together a diverse range of people including students, academics, government agencies and mental health professionals to discuss and reflect on how students experiencing anxiety can be supported. We also explored how we can enhance tertiary environments to be inclusive of diversity, achieve academic excellence and reduce unnecessary stress on students and staff.”

Victoria-based disability awareness efforts have complemented nationwide campaigns to influence that culture,” she says. “I also credit Generation Y, as they are more welcoming of difference and expect inclusion – and so they should!” “As an example of how far we’ve come, five years ago very few students with experience of mental illness wanted to disclose their needs to course coordinators. Now the significant majority of students are willing to disclose. They are much more likely to receive a positive response now and that encourages them to take the first step towards creating a partnership.”

Carina Allen has recently completed a Bachelor of Counselling at Weltec. Part of her study involved a work placement at the Student Counselling Service at Victoria University of Wellington. She was also a guest speaker at their symposium on anxiety in tertiary study, where she gave her perspective on experiences of anxiety as a student. She doesn’t believe anxiety in tertiary study can be totally prevented, but says there are many ways to reduce stress levels while studying:

Carina hasn’t experienced much stigma and discrimination associated with her mental distress. “A lot of people are really interested and want to know more, so if I am not defensive and leave a space for people, they are interested and ask me questions. Often I find people are in the same boat as myself, but they haven’t felt comfortable talking about it until now.”

Disability Services at Victoria University of Wellington are now working with the Student Counselling Service and others to enhance the culture of resilience at Victoria. They have developed self-help resources on self-stigma, positive disclosure and are developing a short film on resilience with the aim of the film being shown during course lectures.