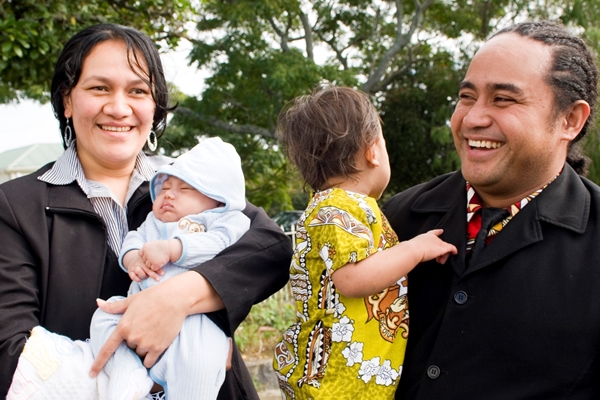 Combining cognitive behaviour therapy with cultural traditions is a “little bit on the edge”, clinical psychologist Evangelene says, but it is helping to reduce stigma and discrimination experienced by Pacific people.

Evangelene Daniela initially studied law, and then completed a BA in religious studies before getting a BSc in psychology, psychology honours, participating in the postgraduate Clinical Psychology Programme and completing a PhD in psychology.

She runs a private practice with a Māori colleague that focuses on integrating cultural and clinical practices. She also works in forensic mental health services for Capital and Coast District Health Board. Her clients are mostly young people aged 12 to 18 who have been in trouble with the law.

“I have always had a strong sense of social justice and that comes directly into my work,” Evangelene says. “It is very much about perspective. The perspective you have shapes how you respond to a person. “I have had my own challenges with low-level depression and anxiety but nothing clinical. There are other mental health issues in my family with my siblings and Mum has been a psychiatric nurse so that must have had some influence on me.”

Some young people with whom Evangelene works are already experiencing discrimination from within their own family even before a mental health issue is identified.

For example, Evangelene says parents might believe their child is ‘evil’ or ‘possessed’ and changing such ingrained thinking is difficult. “If the narrative has been in the family since the child was born, it’s more challenging,” she says.

In other situations, self-stigma is an issue. “People say ‘I’m not crazy’ and I say ‘no you’re okay, you have just got things happening’.”

She believes it is possible for people to hold multiple perspectives so her role is to help them reframe and shift to a positive outlook.

A cultural approach to working with young people

To do this Evangelene has adopted a blended therapeutic approach incorporating cultural aspects alongside traditional cognitive behaviour therapy (CBT) or other mainstream therapies such as narrative therapy.

Her approach takes the core principals of CBT and looks at it from cultural perspectives, such as ’akapapa (family lineage) or tumu kōrero (traditional stories), or working within traditional values.

“It’s a little bit on the edge and something we do quite slowly,” she says.

She is influenced by a variety of perspectives, from the theoretical work of Karlo Mila Schaff and indigenous psychology theorists such as Lisa Smith and Maui Hudson, through to clinical work such as the Ngā Mahi o Ngā Atua (developed by Lisa Cherrington) and Māori and Pacific models of mental health.

Working with families and their beliefs

Often Evangelene meets a family on direction from the court. “Families come not because they want to but because they have to,” she says.

“I talk with them prior to meeting in their home. I always begin the process doing whakawhanaungatanga – them getting to know who I am while I get to know who they are and the problem we are here to discuss. It is important to take the time to do that. I don’t do one-hour sessions.

“We discuss spiritual aspects and if the family want to begin with karakia or prayer, that is how we begin.

“Often when talking about psychosis, issues of māte māori or māki tupapāku (traditional views of psychosis or culturally specific mental illness) come into it, or the Pacific Island ‘curse’.

“Because I am quite open to those ideas, I ask about it and people are forthcoming to tell me. I just say ‘what are your beliefs about? What is going on?’ They will go into a story about what happened when the child was younger, or to their parents, or family stories.

“In mainstream assessment, you go straight to the point and then go from there, so this is hugely different from the way many of my colleagues work.”

The new approach is designed to make an impact with NZ-born Pacific people who, according to research, Evangelene says, are at higher risk of mental illness and are reluctant to access services.

She says people migrate from the islands for work and the hope of a better life but when they arrive, they get into communities where there is serious economic disadvantage and other acculturation issues. Subsequent generations find their protective factors are diluted.

Having a strong cultural identity is considered a protective factor, but for NZ-born Pacific people that identity is fluid. “There are multiple senses of identity depending on where you are, who you are with and what is going on,” Evangelene explains.

Evangelene suggests discrimination is rife in her profession. “You wouldn’t explicitly strike it, but it certainly is there,” she says.

“Because of stigma around mental illness, we don’t want to label people, but it is a double-edged sword. Labels can be helpful as long as you use them in a useful way,” Evangelene says. For example, a mental illness label might help a family understand why a young person is acting out, she says. Educating families and others who work with the young person helps them understand the mental illness is not necessarily permanent and recovery is possible. The DHB’s mental health 101 ‘clincial education’ workshops attract youth workers, community organisations, mental health support workers and more.

Mental health problems can be reduced if the young person can successfully navigate the multiple worlds they inhabit – from the family environment where the Pacific culture is strong, to New Zealand society and back.