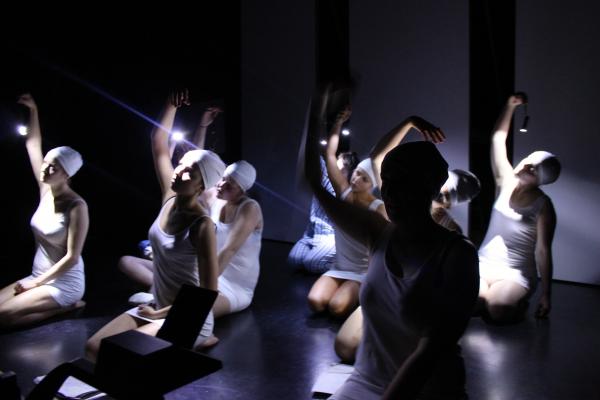 Year 13 drama students from Rangi Ruru Girls’ School, Christchurch, put themselves in the shoes of a person experiencing mental illness to perform the play 4.48 Psychosis, winning many awards.

Director of Theatre Arts at Rangi Ruru, Robert Gilbert, says he came across the play while surfing the internet looking for events in London. The play is about the experiences of British playwright Sarah Kane, who woke at 4.48am every day to write. “The play is like freeform writing. It is whatever poured out of her mind at the time. Sometimes it is just numbers or figures on a page. It is devastating, but also quite beautiful,” Robert says.

He says the play explores people’s attitudes to mental distress. At one point in the script, the playwright screams “people say ‘it is not your fault’ but they say it so much, I am starting to think it is my fault”. “It is one person’s view as they were experiencing it. She is gifted and artistic enough to let that pain pour out onto the page and leave it for us to interpret,” Robert says.

An excerpt of the play was read aloud in the drama class and the students were keen to know more.

They were required to research mental health and depression to connect with the parts they played. This technique is called method acting or emotional recall, where an actor recalls a familiar feeling or emotion and applies that to their acting.

“They ask themselves the question ‘what if? What if I experienced depression? What if I had suicidal thoughts?’” Robert says.

The rehearsal and development of the play

The girls spent a lot of time in class talking about mental health and mental illness. They also interviewed someone about their experiences of mental illness, finding out what support they received and whether they felt stigmatised.

“We had long talks about self-harming and deprecating self-image – issues that directly or indirectly affect many teenage girls. We talked about what it takes to help a person, how desperate that must be and how confusing for those around them, and how saying things like ‘snap out of it’ is not helpful,” Robert says.

Counsellors were made available for the students, and parents were also involved.

Robert says the play spoke to him personally about things he had witnessed in his own family after the earthquakes, including losing his oldest son. “I know talking about it helps and I guess, if it does, that is a good thing not just for the students but also for people who saw the play,” he says.

“People who saw it were universally astonished at the level of complexity the young women brought to bear on the performance and the adversity of the author’s personal experience,” Robert says. “It has been a big journey and the girls learned a lot about mental health and about themselves.”

The playwright’s brother has since been in touch with encouraging comments for the young actors.