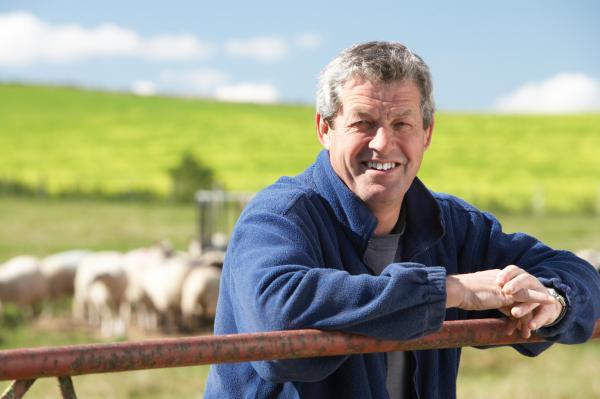 A war is raging in the quiet backwaters of rural New Zealand. On one side of the battle is an enemy that is pervasive, persistent and quietly ruining lives – stress, anxiety and depression.

On the other side are family, friends, neighbours, agricultural and health organisations, and others determined to fight back and not let mental distress get the upper hand.

On the frontline are farmers, predominantly men, who sometimes find it hard to cope with the pressure of keeping ahead in a highly competitive industry.

One person who is passionate about improving rural mental health is Gordon Hudson, formerly the rural coordinator at Like Minds Taranaki. Gordon has been working hard for many years to increase local awareness and understanding about mental health issues. Gordon believes that rural mental health is a much bigger issue than it used to be, because the industry has changed radically in the last 10 years.

“Farming successfully in 2013 means constantly focusing on your next goal, dealing with increasingly complex technical and compliance issues, keeping on top of equity and cashflow and thinking a generation ahead to make sure that your succession planning is in place,” he says.

He sees farmers struggling with business and personal issues leading to anxiety and depression, but unwilling to talk about what is bothering them. Gordon believes they fear the stigma associated with mental illness, partly because of the old school, conservative nature of the communities he works in (“most farm owners are over 50”), and partly because of the ‘glass bowl’ effect in isolated rural areas.

“It can be very difficult for rural men to talk about how they are feeling and any health problems,”

“It was considered a rural women’s domain to look after the health of their menfolk, but now with many wives working off the farm, there is often less contact, meaning more isolation. “There is also the percieved shame of having a problem that they cannot find a solution to,” he says. “Farmers are used to looking at an issue and being able to work their way through it to a satisfactory solution – that’s the nature of their business. “But mental health is not something that you can necessarily sort out on your own.

Talking to other people about how you are feeling is a strength, not a weakness

The message I try and push is that talking to other people about how you are feeling is a strength, not a weakness. It’s about contact and communication; farmers need to believe that there is a way through, and that it’s okay to ask for help.” A massive change has been the move by just about all farming organisations to accept their role and responsibilities in promoting mental health awareness.

So, how can individuals and communities also help raise awareness and reduce stigma and discrimination associated with mental illness, so that more farmers can feel comfortable about speaking up? We talk to three people who share their experience and advice with us.

New Plymouth-based Beth Pottinger-Hockings is a counsellor and partner at the Aurora Centre and believes that people in a rural community have a slightly different experience of mental illness from people in an urban community. “On the surface, there is very little difference between a depressed farmer and a depressed business person,” she says. “But underneath, the difference lies in the ‘nature of the beast’. ”

The distinction, she thinks, lies in a complicated layer of extra factors that add to the stress a farmer might be experiencing. Some have already been mentioned earlier in this article but others include:

“All these factors mean that farmers may live with persistent stress and pressure because of the economic and environmental situation and are more likely to get to a worse stage before they acknowledge that stress and do anything about it,” Beth says. “In my work as a counsellor, I also find that one of the biggest stumbling blocks, is people not believing they have choices.

This is very disempowering, and means helplessness can take over,” she continues. “While it is easier said than done, people need to take control and reclaim their power over the situation rather than let outside circumstances take over. This change in perspective is deceptively simple and can be very powerful with any form of recovery.”

Beth – who has a background in agriculture and lives in a rural setting – advises mental health professionals who have farmers for clients, to appreciate farmers’ unique living and working environments. “It helps farmers if they are talking to someone who knows about farming,” she says. “If counsellors and mental health professionals don’t understand the cycle of farming, they are less likely to understand the stressors. I live and have worked in the rural environment so I know where they are coming from.

“It is also important when you are supporting a farmer experiencing mental distress that whenever possible you don’t just work with them in isolation, you try to involve their wife / partner and other family members as well.”

John and Linda White, who farm near Urenui in the Taranaki, have intimate knowledge of living with mental distress. John experienced a long period of depression before trying to take his life four years ago.

Both John and wife Linda now make a point of talking about their experience with as many rural audiences as possible. They hope that by speaking up they will help increase awareness of mental health issues and decrease the associated stigma in rural communities – and in doing so prevent unnecessary tragedy. This hasn’t been easy, because many people have no real knowledge about mental health. “There is a general belief among farmers that they need to keep business and personal things private,” says Linda. “So unless people like us come forward to talk about issues, no one actually knows, and others are reluctant to seek help, because of the perceived self-stigma.”

Linda says that if people are reluctant to talk about mental health and don’t know how to deal with someone who is ill, they will avoid them. “This only increases a person’s self-stigma and isolation. “When John first became ill, we were surprised at the sudden drop of contact with people we considered were our close friends,” Linda says. “The majority didn’t try too much to keep in touch, due to a lack of knowledge and understanding or maybe they were just too scared.

“Sometimes you could see the fear in their eyes, because they just didn’t know where to look or where to hide. The thing that disappoints me the most is that these people are still like this six years later. Even now some can’t believe what’s happened to John because he looks normal.”

John elaborates, “We try not to get hung up on the lack of support - it isn’t our problem, it’s theirs. When you have a business to run and kids to sort out, you actually don’t have the energy for people who are just not there for you.

You need positivity around you.”

On the other hand other people kept in contact daily. “To a small minority, John’s depression wasn’t an issue,” Linda says. “One of my sisters was really helpful.” John was especially grateful for the strength and support of his immediate family. “Linda and the kids were aware of my illness and accepting of it,” he says. “Linda read about and questioned everything. She made me in charge of getting well and pushed me, but not so hard that I fell over.” Above all, John says his family believed that he would get well.

When asked what else might have made a difference, John says extra support from his community would have allowed him to take a break from the farm to focus on getting well.

Linda and John both encourage others to become involved if they notice a family member, friend or neighbour who is unwell. “Sending a text, making a phone call or visiting means they know someone is thinking of them and cares about their wellbeing,” they say. “If they are going through really tough times and can’t work, spending a bit more time and sitting with them – or offering support to the family by relieving them of some of the farm work – is always appreciated.”

In the end John came to the realisation that he had to break the tradition of working all day, seven days a week. “I had to accept that time invested in me and my mental state was more important than anything else, even the farm.

How can rural communities support each other?

John, Linda and Beth acknowledge the important work of organisations such as Like Minds Taranaki in reaching rural communities with good mental health messages so farmers “look at their mental health sooner”. They also have suggestions of their own on how communities can be more supportive.

Beth says that if she could wave a magic wand she would create a willingness to change. “It is a generalisation, but there is an element of conservatism in rural communities that may prevent a willingness for people to look at change easily.”

“Self-belief is compromised if rural people care too much about what their neighbours or other rural people think about them. Raising their self-esteem would change their perception so they would believe that, ‘it’s okay to ask for help’.

John and Linda believe that communities need to encourage more contact with each other so they can break the cycle of silence and avoidance. “We need to find ways to normalise conversations about mental illness. Recently we had some get-togethers courtesy of the Rural Support Trust,” they say. “We made it a mid-week, 6pm, all-family gathering with organisations that could support people in light of the drought. It was good because we could see that everyone was in the same boat.”

They all believe that if there were more opportunities for rural communities to meet and talk with each other about the problems they might be having and offer support to one another – it can only help to break down the stigma associated with peoples’ experiences of mental illness.