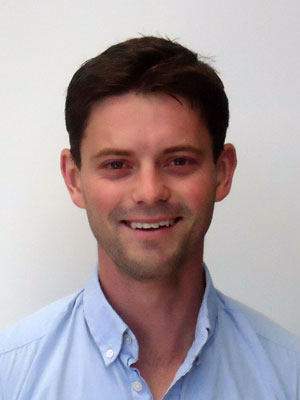 When Mike Wesley-Smith left his career in law five years ago for a new future in journalism, he wasn’t sure where that road would lead him.

However, it was thanks to this prior legal experience that his interest in mental health surfaced, which in turn led him to apply for, and receive, a NZ Mental Health Media Grant in 2016.

“As a lawyer, I met many clients who lived with mental health issues that undoubtedly contributed to their difficulties with the law,” he says. “And many people from different professions including lawyers, judges, clinicians and police officers had told me how common mental illness was in the justice system.”

Mike was keen to cast a light on this situation to better educate the public about the reasons a person might end up in a dock.

“There are a lot of misconceptions about the reasons people end up breaking the law. There is no doubt many people intentionally do bad things, but it is equally true that for many others there are explanations deserving of analysis and better understanding.”

Some reluctance to talk about the issues

Challenges arose right from the start as he found certain Government institutions reluctant to engage with him.

“They said it was for reasons relating to client privacy and a fear of stigmatising a vulnerable population,” he says.  “We endeavoured to address these concerns by explaining our desire to present a balanced and fuller view of these individuals as being more than their mental health issue.”

In some instances, Mike says this was successful, at other times the project's reception was influenced by previous experience with the media that was seen as being unfair.

Our traditional definition of responsibility needs a rethink

One of the individuals Mike featured in the series was a man called Andy, who lived with several mental health conditions and spent almost his entire life on the streets or in prison. He died prematurely from alcohol poisoning having accumulated hundreds of convictions.

“One observer might look at Andy's life and say he was entirely responsible for his own actions and the ensuing consequences. However, that same observer might change their opinion were they to learn that Andy was removed from an abusive home when he was just two years of age. He was placed in 12 different foster homes in which he was physically, sexually and emotionally abused.

“Along the way, he attended 29 different schools and started drinking and offending at around eight years of age. It is those very backgrounds that challenge our conventional understanding of what 'individual responsibility' means.”

Contributing to an important social conversation

Working on this project gave Mike a huge amount of insight into the challenges mental distress presents to those who live with it, their families and those who work to help them.

“Without exception, everyone we spoke to from judges to police officers to clinicians recognised these challenges and spoke with genuine compassion about their desire to help those who needed it.”

Mike admits the issue he explored is so massive he could never have hoped to cover every aspect of the problem. But he does wish he could have included more examples of the good work mental health workers do.

“These people are heroes and deserve more respect and recognition for the life-saving work they do.”

Feedback on the series has been positive, and Mike is glad he has been able to contribute to the conversation among policy makers as to where taxpayer dollars are best invested, to try and reduce re-offending and put people on a better path.

Mike would like to thank the following organisations for their invaluable assistance: The Te Rangimarie Charitable Trust, Whakatōhea Iwi Social & Health Services, WISE Guys Refuge & Community Housing Project, Department of Corrections, the NZ Police, the Office of the Ombudsman, Counties-Manukau District Health Board and the Mental Health Foundation of New Zealand.