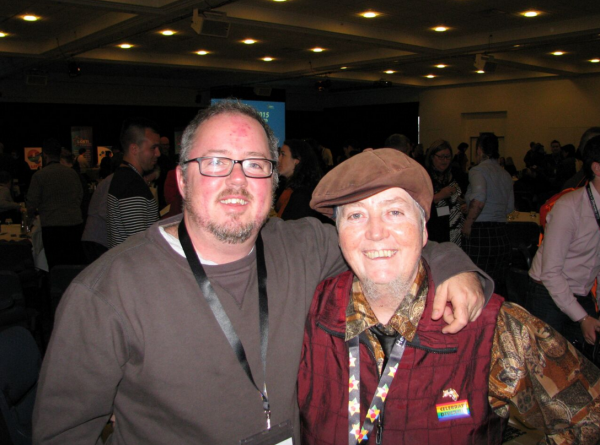 An interface between mental health and identity

The Intersex Trust Aotearoa was established 19 years ago by executive director Mani Mitchell, to provide education, information and training on intersex issues. In 2015, the Trust launched one of their newest projects - ‘To Be Yourself’ - in partnership with the Like Minds, Like Mine programme.

‘To Be Yourself’ looks at the interaction between mental health and identity, and the discrimination facing those in the LGBTI* community who have experience of mental distress.

“I’ve heard time and again of young people being treated badly, discriminated against and simply not being listened to or taken seriously,” Mani says. “Some health professionals need support to deepen their understanding of the complex layers of discrimination, hostility and rejection that so many Rainbow youth experience, both from family and wider society. We want to do something that has the potential to change that.”

Between them Mani, and colleague Tommy Hamilton, have skills in teaching, counselling, community development, running events and managing national organisations. They are motivated by their own personal experiences and professional practice in the youth sector and Rainbow community.

“I have been out as a queer-identified person since my early twenties,” Mani says. “I know about marginalisation, the crippling impacts of shame, fear and isolation, and the importance of community and awareness.”

“‘To Be Yourself’ aims to build awareness of social inclusion and inclusive practices, so we can reduce the barriers, create new ways to work with society and find ways to build access for youth to belong in their communities of preference with a great sense of comfort,” Tommy adds.

For the next two years Mani and Tommy will be working alongside Youth One Stop Shops across Aotearoa.

They are designing a series of modules that can be delivered as either one-day workshops, or shorter training sessions over a longer period of time.

The intent is to raise awareness around the concepts of dual discrimination faced by Rainbow youth and build capacity by appointing a ‘Rainbow anchor’ in each location. This person will have access to support from the Intersex Trust for two years and essentially become an internal trainer, allowing the project to be sustainable.

“Some young people in the Rainbow community are feeling invisible, excluded and discriminated against when interacting with health professionals,” Mani and Tommy say. “We hope our work will change this so they have positive experiences instead.”

Mani and Tommy know that they cannot alter the past, but by drawing on their considerable skills they are sure they can make the future different, and better.