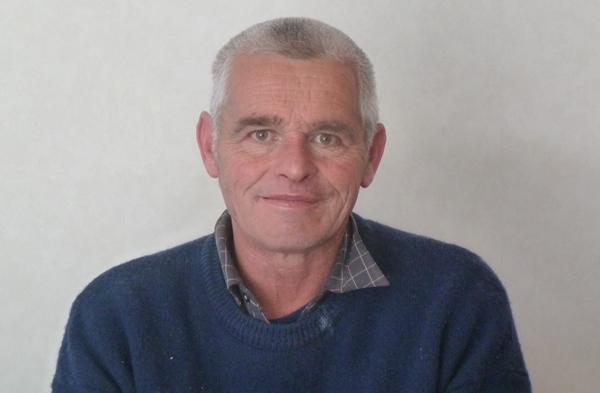 Wellingtonian Lance Elliott has lived with schizophrenia for more than 20 years. He hopes that by sharing parts of his story, he’ll inspire others to live a full life.

I was 25 years old when I was first diagnosed with schizophrenia.

The first time I went to hospital was hell. I ended up in a psychiatric ward and I was there for six to seven weeks. Afterwards I went straight back into 40-hour working weeks at Telecom [his employer], as I would’ve been finished if I didn’t get back to work.

Working gives you a sense of purpose

Although it is rare for a person with schizophrenia to work a 40-hour week, I fought my illness as hard as possible to do this. I was obsessed with my job and when I saw the Telecom guys working down the road, I longed to be with them. Miraculously, I still had a job to go back to after I left hospital.

The hardest thing was going back to work after I got sick, but it was actually the job that saved my bacon. Telecom was good to me. Overall, I worked for them for 13.5 years – and more than five years of that time I worked with a diagnosis of schizophrenia.

I think getting people with mental illnesses back into normal jobs is important as it gives you money, options, self-esteem and a sense of purpose.

Sports was very important to me

Playing competitive sport with my mental illness was hard, but I was out there to win and I did well. I joined a C-grade competition tennis team in Wainuiomata. I hadn’t played in 25 years, but I became the top player in three weeks and even won runner-up in the B-grade championship in 1988.

I also won the winter social tennis championship; I was the top player and got nominated for the most improved player.

Understanding is better than pity

In my second year back at Telecom after my first hospital stay, I started getting a hard time by a tradesman. This was the only time I experienced stigma and discrimination.

People with schizophrenia are not more violent than anyone else, and the belief that we all have split or multiple personalities is a misconception. The discrimination showed me that there needs to be better understanding for mentally ill people and what they are going through. We don’t need pity – it’s a bit of a putdown – we need understanding.

Finding the support you need

I have maintained a good relationship with my family throughout my illness. They don’t treat me any differently; as my father says, “we treat LJ the same as anyone else”. I think it’s important to have support from your family and after I stopped working, my life was dedicated to helping my family.

People with schizophrenia need people to support them and give them opportunities. It is all about pushing hope. My advice to fellow sufferers is to get in touch with someone that is going to help you, count your blessings that there are people who can help, and keep on trying.

Living with schizophrenia is not a burden

I am no better than anyone else. I have come across countless talented people with schizophrenia, but they have not had the opportunities I’ve had; they have not been as lucky as I have been. I have lived again despite my schizophrenia – I have had a second life.

I have lived with no regrets, despite my illness. I did the best I could and now I live with contentment. I find strength in reviewing the story of my life before and after I got sick; for me, every day is a good day.