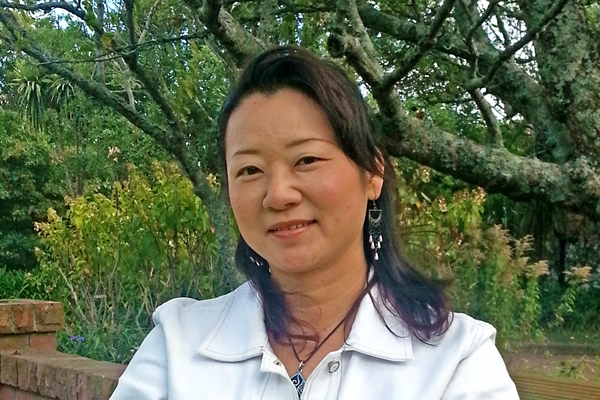 When Debbie Siau was first diagnosed with bipolar disorder, she thought her fiancé would leave her and her chance at living a meaningful life was over.

In 1995, Debbie travelled to Singapore to join her fiancé, Andrew. She struggled to adapt to living and working in the “fast-paced, competitive society”, which was so different to her hometown in Malaysia.

“The negative feelings built up in me until I couldn’t take it anymore,” she says. “At one stage, I was feeling so emotionally disturbed and drained that an ambulance and policewoman were called to support me.”

Taking time out to get well

Debbie was taken to hospital and sedated so she could get some rest.

“Thank God I wasn’t violent to them. If I had been, I think I would have been sent to a psychiatric institution. That would have been a big blow to me, and a big social stigma.”

Once she was feeling a bit better, her mother and older brother flew over from Malaysia to be with her, and later took her back to her hometown to recover.

“It took me four years to get better,” she says.

“During that time, there was a lot of self-denial and I hated the term ‘mental illness’. I felt like a low-achiever and I imagined I would have difficulties looking for a job. I felt I had a weak personality and I thought my family would be embarrassed about me.”

Some of the self-stigma the former saleswoman carried related to what she thought of people diagnosed with mental illness.

“There’s a public stigma,” she says. “I only knew superficially what mental illness was because of how it was portrayed in the media. Some people also see mental illness as retribution for things ancestors have done. My mum tends to think I was possessed by evil, but my fiancé said ‘according to the doctor, it’s a mental illness’.”

Help through the hard times

In the years leading up to her immigration to New Zealand in 2010, Debbie moved back to Singapore and got married, learnt printmaking from a master printmaker, and volunteered for charities.

The 44-year-old says her Christian faith, supportive husband, family and church friends, creative pursuits and volunteer work, have seen her through the hard times and helped to reduce her self-stigma.

“Being out there and helping other people gave meaning to my life. I found a new purpose and something I could put my heart into. I realised that other people have obstacles in life, but they have done meaningful things. I also realised that if other people could overcome [their challenges], so could I.”

Today, the artist and mental health consumer advocate is moving away from the negativity associated with self-stigma and towards positive energy.

“Positive energy drives hope,” she says. “It moves towards meaning and purpose in life, and inspires others that recovery is possible.”