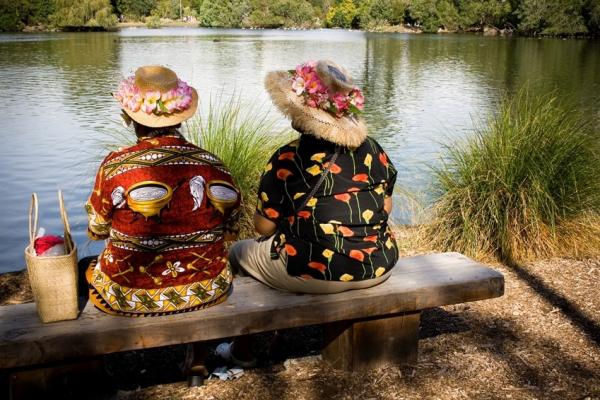 Discrimination from friends hard to handle

Annie (36) is frustrated with her friends after an episode of mental distress four years ago.

Since then, Annie’s been getting help, working through a lot of buried trauma and joining group therapy. She has a very supportive family and knows she isn’t alone, but still struggles with discrimination from her friends.

Annie has always been the ‘come-to’ person when friends and others in her neighbourhood have problems, but after a series of invalidating experiences has realised that if she comes to them with her problems, they think she’s over reacting.

“I cannot so much as express something remotely negative, nor be even mildly irritated by anything, without my friends later telling me they thought I was ‘losing it’ again,” she says.

Annie’s friends talk about people who discriminate against people with mental ill health as though they are better than them.

“What they don't realise, though, is that I regularly deal with their discrimination because of the way they look at and respond to me,” she says.

“They say they are my closest friends and want to protect me, but it makes them hyper-vigilant. They are constantly scrutinising me because of my experience of mental distress and don’t make the same allowances as they would if I’d been physically ill. ”

Remember not to over-react

Annie has thought about explaining things to her friends, but is certain the conversation would be deemed an over-reaction too.

She’s decided to share her thoughts with a wider audience to raise awareness in others who may also be unintentionally treating their friends the same way – in the hope they may learn from it.

“If you're concerned about the behaviour of someone who has experienced mental illness, please stop and ask yourself if that behaviour would be of so much concern to you if it weren't for their mental health history,” Annie says.

“If it wouldn't concern you as much, and you would respond quite differently, maybe you are being discriminatory.”

Annie hopes by focussing attention on this subtle form of discrimination, people will realise they can’t judge others by a prior experience of mental distress.

She advises people not to jump to conclusions by assuming someone’s behaviour means anything other than it does.

“You can keep people stuck if you think they are going to become unwell again,” she says. “Start a conversation, listen, don’t over-react and be a good friend. Your positive support makes all the difference.”