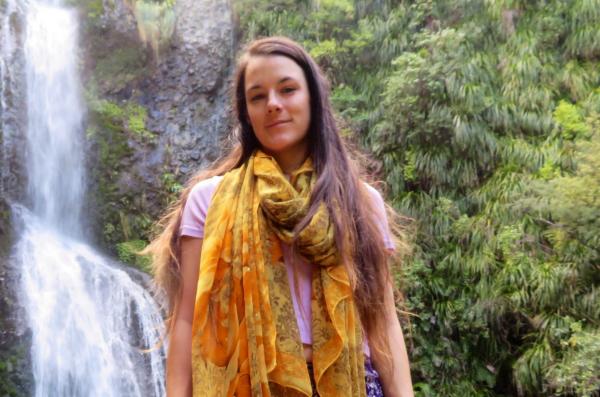 When she was 17, Rani Welsh was going through a really tough time. Living with low moods and severe anxiety, she no longer felt comfortable leaving the house and was turning to drugs and alcohol to cope. She felt like she “was losing control and heading down a dangerous path towards self-destruction.”

Rani went to see her doctor, who diagnosed her with depression, anxiety and post-traumatic stress disorder and prescribed her anti-depressants. He also mentioned that counselling would help but didn’t make a referral, and, as she experienced social anxiety, Rani felt she couldn’t seek this out herself.

In the years following that visit, Rani’s mental health continued to worsen.

After a suicide attempt, Rani dug deep and found the courage to seek out a counsellor. She found someone she trusted and underwent a two-year trauma healing process that Rani found really helpful. When her counsellor retired two years later, however, Rani couldn’t find another professional she could personally connect to.

“My next counsellor would often check the time and I felt like she had little interest in what I had to say,” Rani says.

“I saw her for eight weeks and then cancelled our sessions.”

For four years Rani carried on without professional support until, in early 2019, she fell into a deep depression that she “couldn’t shake”. She attempted suicide for the second time and, with the help of her partner, was admitted to an in-patient mental health clinic in Auckland. She describes her eight-day stay there as “truly disheartening”.

“I was sent to a private room where I spent the next eight days feeling like a prisoner,” she says.

Rani felt that she was seen by the clinic’s staff not as someone who needed care and support, but a problem to be managed.

To help each other get through, Rani and a few other patients took it upon themselves to gather together and talk about their feelings, their struggles and their hopes and dreams. These gatherings proved invaluable.

“It was a relief to be able to talk to people who did care, even though they were all struggling with their own problems.

“We could all relate to the horrible stigma around depression and suicide.”

After Rani was discharged she sought out a psychologist and a naturopath and noticed that her anxiety started to subside a little. Rani is now 31, and the tools they taught her still help to manage her depression and anxiety today.

“My psychologist gave me support, information, hope and the courage to keep going.

“My naturopath taught me an alternative method of breathing, which has helped me regain control when my anxiety tries to take over.”

But overall, the most powerful tool Rani discovered was the support of her whānau and friends.

“The stigma around mental health made me feel ashamed to reach out. And I’m not going to lie, reaching out was hard…but I started being completely open and honest with my friends and family. As soon as they knew what I was going through I was flooded with love and support.

“I had family driving to Auckland from all over the country, I had friends calling and messaging me daily just to check in and say ‘hi’. Most days I didn’t want to talk to anyone but they stayed by my side and kept offering support.

“I finally realised I wasn’t alone in this battle. What I got back was more valuable than any therapy or pharmaceuticals: I got the love and support I was searching for.

“I’m done feeling ashamed. I still battle with depression and anxiety but it’s getting easier every day. The more I talk about it the better I feel. Had I known how beneficial reaching out truly was I would have done it years ago.

“If you see or know someone is struggling with their mental health, please talk to them. It’s very possible that they are not strong enough to ask for help.”

Inspired by Rani’s story? Read more about how you can help a loved one living with distress here.