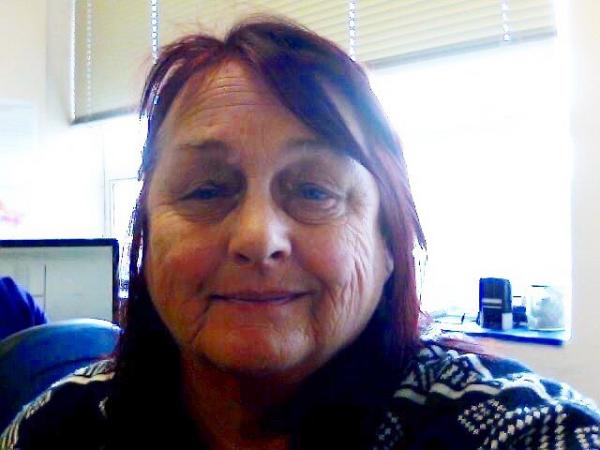 We deeply grieve the loss of Suzy Stevens, a fearless and brilliant lived experience leader and advocate, an inspiring and irreplaceable colleague and friend.

For more than 30 years, Suzy fought to uphold the mana, autonomy and human rights of people with lived experience of mental distress. She was staunch; she was never swayed; and she could never be bought or persuaded against her better judgement. She always spoke the truth as it was and was prepared to live “outside the system” for what she knew was right.

Despite her staunch activism against the oppression of people with lived experience, Suzy never made any enemies. She was held in high esteem by the people and systems in power she questioned, even as she rallied against them.

Her wairua/spirit and whakaaro/views were energetic and non-judgmental, and carried a supportive aroha that inspired many of her peers to realise their own dreams and set up lived experience services and networks. Suzy instinctively recognised that activism isn’t about the activist, and that any successes she gained were measured only by the difference she made for others.

Suzy began her lived experience activism in the 1980s, starting at Wellington’s Madness Anonymous, a peer-run and led advocacy service, at a time when all the psychiatric hospitals were still open, other alternatives barely existed and community discrimination against people with mental distress was normal and accepted.

Heavily influenced by other great liberation movements of the 1960s and 70s in New Zealand, Suzy, Madness Anonymous and other peer-run groups such as Psychiatric Survivors fought at the coalface of the lived experience revolution in New Zealand. They formed and took action as a social movement of self-identified ‘mad’ people against psychiatric coercion and social exclusion.

Suzy campaigned for government policies that allowed people to participate in their own care and have a legal right to challenge their status under the Mental Health Act. When Madness Anonymous became the Wellington Mental Health Consumer’s Union in the 90s, she led them to their first contract with the then Area Health Board and turned public organisations who had initially feared and silenced them to request to hold community meetings in their premises. In a short time and against the odds, Suzy built up considerable respect for the Union and her mahi.

Over the years the Psychiatric Survivor movement softened its edge, but Suzy’s activist spirit never did. She helped set up the first consumer networks in Auckland - a legacy carried on by Auckland’s last remaining network Changing Minds, which continues to be run by and advocates for lived experience voices across the country. She fought against institutionalised community services, rising rates of compulsory treatment and stubbornly-low employment for people with mental distress on behalf of peer-led organisations such as Kites Trust, Te Ara Korowai and PeerZone. As part of Like Minds, Like Mine, she tirelessly dedicated her expertise to challenging stigma and discrimination against people with lived experience in the workplace.

Suzy was tenacious to the end and constantly innovating to realise her vision. In just the last few years she set up and co-ordinated the New Zealand chapter of the progressive international model Intentional Peer Support, and became a University Fellow at Yale for her work with Let(s)Lead, a leadership training programme in the health sector for people with lived experience.

Suzy was our warrior and our hero, and her impact for people with lived experience will outlive us all.

She walked in the dark places
Where madness fought
Tooth and nail
With the cold, cold void
Of judgement and subjugation
And in that emptiness
Emanated empathy
Acceptance
Love
And shared with souls there
Whether stumbling through raw emotion
Or struggling against power
Her warmth and light
An avatar of the sun.

In my universe there are few heroes. Suzy was, and always will be, one. Mike Sukolski

I have nothing but admiration for Suzy’s infinite determination to stand up and fight for what feels right and just. I am nowhere near being as brave or courageous as Suzy, but I hope one day I will be. Lisa Archibald

Suzy has been one of the rocks in my own journey and has had an indelible influence on the sector. She has left her mark, and we are grateful for the legacy, and the Suzy-shaped hole that she has left behind. Chris Hansen

In some ways I see my life as a collection of unrealised potentials. Suzy was able to guide me into realising some of that potential in ways that I became proud of - Kapiti Choices and the starting of Intentional Peer Support in Northland are two that stand out. Graham Johnson

Suzy was an incredible force of nature, a fearless advocate and an incredibly insightful activist who did so much for so many in the mental health systems. She will be sorely missed. Val Little

May her memory and passion continue to drive us in our pursuit for a just society. Chyrell Bellemy, Yale

Her legacy and diligence will never be gone, her work has forever shaped our sector and cannot be taken away.
Suzie Baird

May your steady compass, in the presence of the powerful magnetic forces of the failed status quo, be a lesson for us all. Mary O’Hagan

Special thanks to Lisa Archibald, Deb Platt, Mike Sukolski, Mary O’Hagan and Leo McIntyre for their collaboration on this tribute.