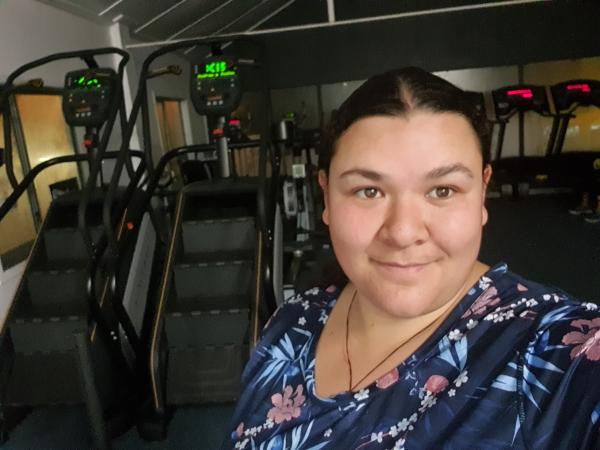 For so many people, COVID-19 restrictions hit right at a crucial time of change in their lives. For Jane Beamsley, whose whakapapa is Te Arawa, Ngāpuhi and Ngāti Kahungunu, it was just as she was starting to use her path through recovery of alcohol and drug addiction to help others in Kaikohe, Northland.

In her years trying to stay sober and work through her depression and anxiety, Jane had learnt that being part of a group was crucial to her recovery. It was in 2017, when she was based in Auckland, that it was recommended Jane join the group He Waka Eke Noa, a drug and alcohol recovery hub and support clinic that met up every Wednesday.

“I went along and I loved it – I felt like I belonged. It was like a family, because I had nobody. We meet up, sing songs, travel and go to different places together. It was my strength, you know?” she says.

“When I was in addiction, I felt alone a lot of the time. And when I started getting well, I realised I can’t do this alone because I’ve tried many times and I keep falling over.”

During her time with He Waka Eke Noa, she met a friend called Rhonda Zielinski who become both a mentor and a lifeline. “She kind of like adopted me,” Jane laughs. “She makes anything look possible, she’s so inspirational.”

Jane started nannying for Rhonda and eventually, Rhonda suggested Jane move up north to live with Rhonda and her whānau.

While settling into her new region, the one thing Jane missed was the weekly meetings with He Waka Eke Noa. “It’s just a bunch of people from all walks of life, and we all want the same thing: recovery. We’re all in this together,” Jane says.

“In Auckland, you could go to support meetings every day but up north, there were hardly any and people are really isolated. They don’t really know what recovery is. Rhonda said, ‘Why don’t you start up a hub?’ And it went from there.”

The Whakaoranga Whānau recovery hub opened up on March 9, with Jane co-leading the He Waka Eke Noa Te Tai Tokerau support group, with the help of other recovering addicts. Unfortunately, the hub had to abruptly shut its doors two weeks later when New Zealand entered the COVID-19 noho rāhui. It was hard on everyone in the support community. During this time, one of her friends who was also in recovery died by suicide and the community had to hold a remote memorial service.

“I felt like my purpose was taken away when COVID came along, to be honest. That it was stopping me doing what I loved,” Jane says.

Before noho rāhui, Jane was running the new hub, studying for a level four mental health and wellbeing certificate and running other community support groups. “When I found out that we were going into lockdown, I was scared. Not only was my anxiety going through the roof, but my [inner]-addict was going hundy: ‘Oh, just go buy a bottle of wine, no one will know.’ Being home and isolated, that was a trigger for me.”

Eventually, she talked to Rhonda and some other friends about her mental health. ‘I’m still learning how to voice how I’m feeling – sometimes I don’t even understand why I’m feeling so down.”

She also spoke to her doctor about her medication options and has signed up to have some counselling.

“I’ve had to pull every single tool that I’ve learnt in my journey out and use it,” Jane says. “It’s been really hard. Because I’ve done the same thing for so long, it’s easy to resort back to old behaviours. But I have to use those tools, because I’ll become really unwell quickly if I don’t.”

Despite the difficulties of the lockdown, and the return of those urges, Jane is 18 months sober.

She got back into her routine of going to the gym and kept up with her studies, as well as using Zoom to reconnect with her support groups. She also volunteered at the local COVID-19 clinic, doing admin. “Just being of use made me feel good,” she says. “I know that having a routine is key to my wellness and wellbeing.”

This week, the Whakaoranga Whānau recovery hub has reopened for small groups and that is helping Jane immensely. “There are a lot of people out there who need help,” she says. “I’ve just got to remember to slow myself down as well, take some time for me.”

Do you want to reduce the stigma around mental distress in your community? Sign up to our Media Grants mailing list to receive updates around how you could be awarded up to $10,000 to carry out your own creative project for us.