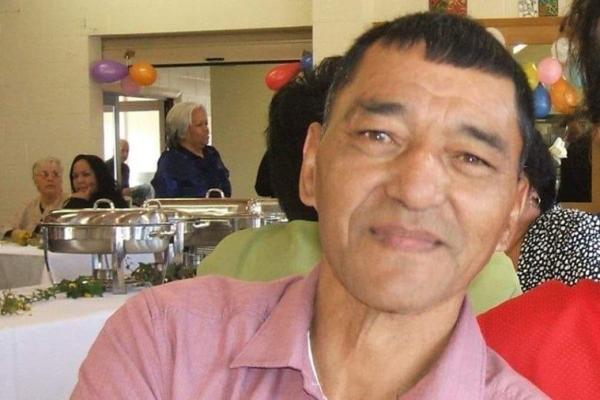 The great tōtara tree of Tāne has fallen. We farewell you, Te Wera, descendant of Ngāti Toa, Ngāti Kuri, Ngāti Koata. May you return to your ancestors, where our great leaders reside, the eternal resting place. May you forever rest in peace.

We acknowledge and mourn the passing of Te Wera Te Kōtua, a champion for Māori with lived experience of mental distress and a key influence in our Like Minds, Like Mine kaupapa.

Te Wera worked with Like Minds, Like Mine between 2003 and 2006, and left behind him an incredible legacy of action and change-making, both before and after our time with him.

Te Wera was no stranger to making change and rubbing shoulders with change-makers – and was willing to rub some of them the ‘wrong way’ if it meant change still occurred.

Te Wera never backed down. He never gave in. He always gave everything he had to offer.

During his three years with our programme, Te Wera made sure his mahi counted.

He was the main driving force behind He Kākano ō Rangiātea - He Kete Mātauranga, the first-ever Māori Like Minds, Like Mine National Plan. This plan sat separately and wholly within its own mana, ensuring the programme’s Māori providers held their own space to create initiatives by Māori, for Māori.

He was a key influencer in creating the buy-in for and forming Te Rōpu Ārahi, the Like Minds, Like Mine Māori Caucus. This caucus helped Māori with lived experience gain recognition – and funding – so they could hold their own separate voice and engage in mahi important for their people.

Te Wera was also a co-Chair of the Like Minds, Like Mine Advisory Group for many years.

Outside of his mahi with Like Minds, Like Mine, Te Wera had a strong hand in developing Te Pou o te Whakaaro Nui’s Tāku Reo, Tāku Mauri Ora, an approach enabling tangata whaiora to direct and own their wellbeing and recovery. He was also a key founder of Te Roopu Pookai Tāniwhaniwha, the first ever kaupapa Māori peer support service established in Aotearoa, and a huge supporter of Mauri Ora Kōrero Series One – Ngā Tapuwae o Ngā Tūpuna, a 16-minute mini feature challenging the bio-medical understanding of mental distress or illness.

Te Wera had a hand in forming so many initiatives within public, national, non-Governmental and District Health Board spaces, which continue to serve and support our most vulnerable people. He was the mentor for so many tangata whaiora who now sit at national levels of change.

Te Wera was always a voice for others – and so, to honour his wairua, mana and mahi, we want to share a whakataukī or proverb he often voiced from Te Rauparaha, a tūpuna from his Ngāti Toa whakapapa or ancestry:

When your mind, spirit and body are in tune, you can achieve anything.