Jehan's project: The Inside Word 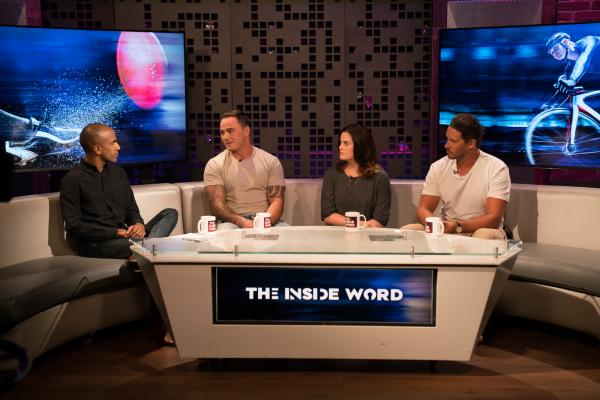 The Inside Word is a six-part panel show produced for TVNZ Duke. Jehan Casinader, the show’s host, won a Mental Health Media Grant or Pūtea Pāpāho to create it in 2017.

Each week, Jehan interviewed three often-famous faces about topics such as teen pregnancy and alcoholism leading to raw, honest and compelling stories about their mental distress experiences and diagnoses.

We sat down with Jehan to find out what creating a Media Grant project was like for him.

Q: What drove you to create The Inside Word?
Often we hear soundbites from people who have ‘lived experience’ of mental distress, but I wanted to create a show that allows people with those experiences to speak in more depth.

Q: The show talks a lot about people’s mental distress experiences, and diagnoses such as depression, anxiety and OCD. What moments really stood out for you?
All of our guests were so honest.

It was heartbreaking to hear Jayden Cromb describe the aftermath of his brother passing away.

I’ll never forget how Tayla Clement, who lived with facial paralysis, opened up about the bullying and mental distress she endured.

Q: Many of the people interviewed were well-known celebrities in New Zealand. How do you think mixing up their experiences with those of everyday Kiwis helped to reduce mental distress discrimination?
I wanted to show the audience that mental distress affects people from every walk of life.

It was powerful to see well-known Kiwis sitting on the couch alongside people that the audience wouldn’t have recognised.

Q: Each of the six episodes featured three people’s stories. Do you think sharing stories together made each of the interviewees feel more socially included?
Absolutely. The guests were able to bounce off each other. Often someone shared something, and the person next to them said, ‘You know what? I experienced the same thing’.

When you realise that other people are going through the same thing as you, you know you’re not alone.

Q: Sharing personal stories with mental distress can be really hard. What safety measures did you put in place?
We made sure that each guest was well prepared, and that they understood the implications of sharing their
story on TV.

We communicated with them through every stage of the production process and made sure that they had existing support arrangements.

Q: How have people reacted to the show since it has been aired on TVNZ Duke and TVNZ OnDemand?
Really positively. There was a lot of media interest around each episode, so the content travelled much further than I had expected.

TVNZ1 decided to replay the series, and we had a lot of engagement through Facebook too.

Q: What would you tell someone who is thinking of applying for a Grant?
Do it! It’s a fantastic opportunity to get a project like The Inside Word off the ground.

Register your interest for the next Mental Health Media Grants round here.