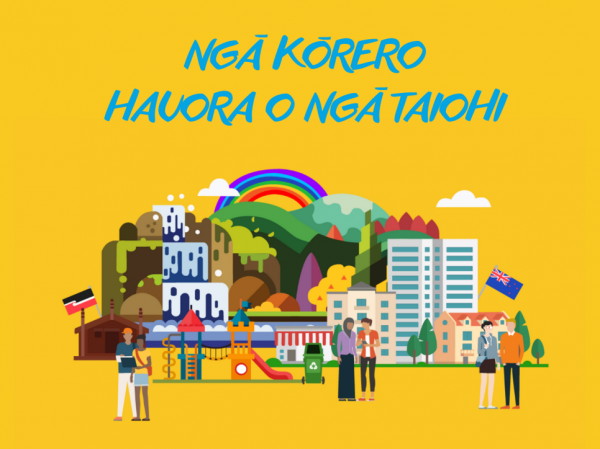 People under the age of 25 make up around 33% of our population[1] and experience higher rates of mental distress than other age groups.

Do our taiohi/young people believe their wellbeing needs are being met, heard and represented?

The report is based on a survey of 1,000 taiohi sharing views about their wellbeing and mental distress, and was written to inform New Zealand’s first Child, Youth and Wellbeing Strategy.

“We wanted young people’s voices to guide the Strategy – and any discussions about their wellbeing,” Jane Zintl, Chief Executive Officer of Ara Taiohi says.

The report found young people’s battles against discrimination were a major concern.

“We know anybody that doesn’t come from a dominant social group will sometimes face discrimination, and of course you add the two together – experiencing mental distress and a minority group identity – and it can add up to double-discrimination,” Ms Zintl says.

Taiohi said they wanted mental health professionals who understood different cultural and sexual identities, in order to reduce discrimination against their experiences and improve their wellbeing.

The report found many taiohi felt they had no voice or power to address the issues they were facing. They didn’t see people like them in leadership roles and they didn’t know how to change the things they didn’t like in their communities.

New Zealand has only two MPs under 30 and fewer than 1% of local councillors are under 30.

The report found young people are aware of this lack of representation and know this means their views on what is affecting their wellbeing and how to improve it are not always well-represented.

“These findings show people in positions of power need to get better at listening and being responsive to the vision, values and ideas of young people. Our taiohi need to be supported to achieve positions of leadership and given opportunities to learn about how social change happens and what their role in it can be,” Ms Zintl says.

Many taiohi saw wellbeing and their experiences with mental distress as bigger than just a health issue.

“The young people we heard from wanted better access to mental health services and supports but were also calling for an end to oppression and discrimination, a fairer and more equal society, and stronger community connections,” Ms Zintl says.

When the Government responds to the Mental Health Inquiry this month, Ms. Zintl hopes for a greater focus on the young people who are least likely to have what they need to have strong wellbeing: rangatahi Māori, rainbow young people and those experiencing poverty or family violence.

She hopes that the Inquiry’s focus on co-design and involvement of people with lived experience will mean young people with mental distress are genuinely included in the process.

“Young people’s insight is critical to make sure we design systems that will work for them. Listening is key to building relationships with our taiohi.”