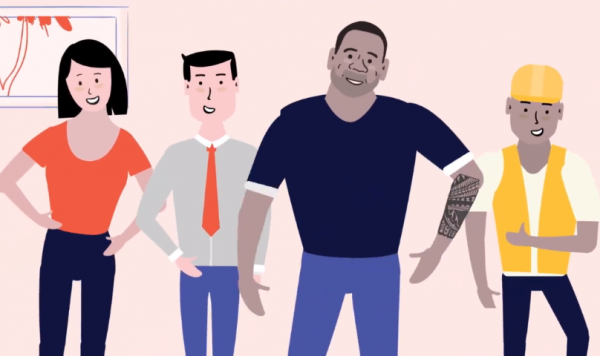 When Logistics Coordinator Thomas Momoisea hit rock bottom he knew he needed to reach out for help.

“My partner's Dad and my cousin both died by suicide and I was going through a really rough patch. I wasn’t coping at home or at work so I told my boss I wasn’t handling stuff and that I needed to talk to someone.”

His boss was “awesome” and told Thomas to take all the time he needed and supported him to get free counselling.

“Having somebody to talk to really helped. Depression is hard because you don’t know when you’re in the middle of it.”

“My boss assured me I could take time out, shorten my hours and that they’d be work there for me when I was ready – that took a lot of pressure off and allowed me to focus on getting well.”

As well as going on anti-depressants Thomas says being active gave his mood a huge boost.

“I needed to beat up a bag and sweat things out at the gym. Even now I notice I’m grumpier if I miss too many gym sessions.”

Thomas, who has also managed other people in the workplace says too often people keep it inside and tell you after having to take time off.

“I used to pull people up if I noticed them slacking off, but my experience has taught me that showing you care and asking ‘what’s up’ can make a massive difference.

In Pacific Island culture and with men, they tend to hold things in and mental illness is often seen as a demon, so there’s a huge amount of stigma that needs to be overcome from a cultural perspective.”

Thomas has used his experience to champion mental health as part of the health and safety committee in his workplace.

“You can see if someone has had an injury on a forkhoist, but it’s much harder to tell if someone is experiencing a mental health problem. I’m really working towards making it a priority and setting an example for others.”

Thomas' story was originally featured in our Take the Load Off campaign.