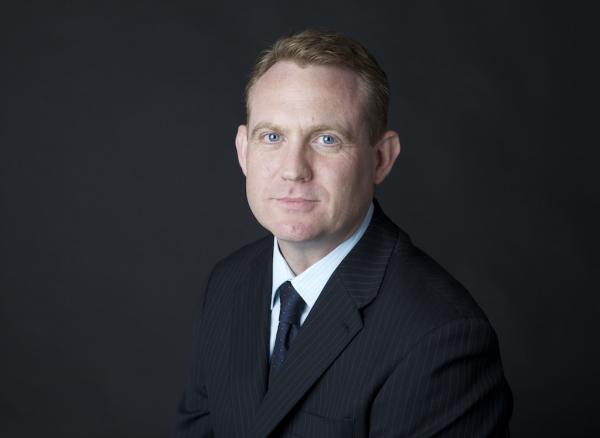 Adam Cunningham, former National President of the Hospitality Association, runs his own company of more than 100 employees.

Around three years ago, at the height of his family, work and philanthropic achievements, Adam experienced a period of severe mental distress. He was hospitalised for several weeks in a mental health unit, and, through a mix of medicine, clinical and psychological support, started his six-month recovery process.

“Without a breakdown that resulted in hospital admission, I don’t know where I would be. If I hadn’t taken their advice, there is a chance I wouldn’t be here today,” he says.

Something was “not quite right”

Looking back, Adam believes he has experienced depression since his late teens.

“I knew there was something not quite right pretty early on, but I didn’t want to be diagnosed. The men in my family had a culture of ‘suck it up, you’ll get through’, and I thought trying to open up about it would make me look pathetic.”

During his late twenties, as his career and family commitments grew, Adam continued to deny his experiences with depression, for fear of being labelled or judged.

“I hid and ‘fought’ it mainly by myself, and to the detriment of those around me. Even then I couldn’t tell people – I lied to stay unjudged, and I didn’t want attention for something I saw as a weakness. I couldn’t get past the idea that by acknowledging my experiences, I wouldn’t be judged as someone less.”

After seeing John Kirwan in the early Like Minds, Like Mine campaigns, Adam felt “like a coward” for not opening up, but still didn’t feel like he could talk about it to his friends and whānau.

“Often men don’t like the idea of opening up about their mental illness. It sounds wishy-washy, like a ’soft’ thing to do that has a PC label attached to it. When so many things are labelled these days, you don’t want to be labelled too. This perceived judgement is a very real social issue.”

Opening up – at work, and at home

After he recovered, Adam decided he wanted to share his experiences with depression with his friends, whānau, colleagues and the wider hospitality industry.

“Opening up was the hardest thing I’ve ever done. I’m quite a private person, I don’t like sharing things.”

Despite his challenges, Adam faced his fears head-on.

“People only want to hear about the ups, so I never like sharing the downs. I shared them anyway.”

Adam shared his experiences both at his workplace and on the boards he chaired, in a bid to help other people open up the conversation and find the help they needed.

“Hospitality is a high-pressure environment, with a fast pace and lots of shift work, especially in the customer service environment, where you always have to front up and look happy. There are some very high-risk workers in that space, and I wanted to reach out to them.”

Since sharing his experiences, many colleagues and industry members have opened up to Adam to share their own, or others’, experiences too.

“When I turn up at conferences and meetings, I notice people are quick to single me out, and tell me their story. I think that people that have been challenged by depression feel much more comfortable having a chat with someone like me, because they don’t feel judged and know they’re in the same situation.”

“I also have a lot of people coming to me about someone else. People often don’t know what to do when someone talks about their mental illness, and so they overcompensate or undercompensate. They might offer to be there, but not actively offer opportunities to be around, or they might act strangely around the person with mental illness, which to person living with it, can further the negative impact.”

“I think, if you have people that really care for you, some of the responsibility is also yours for letting them help with your recovery.  Don’t pretend in front of them that you’re okay. Just be yourself. Ask them to do something if you want them to help you in a certain way. Just be open with them, its hard, but in time it works.”

Continuing the path to wellness

Adam sees his experiences with depression as ongoing and manageable, with a few tips and tricks like reading, and taking himself on short breaks away from work, key to his success.

“Getting better, it’s a long road with lots of views, it’s not a short road. Some days are bad, some days are good. It’s a whole lot better if you’ve got the support of others around you.”

He urges those experiencing distress to open up to someone they trust, because “you can make it better.”

“I think in the end we’re worried about what the wider society thinks, but you can’t kid yourself. When depression starts to impact your life satisfaction, you can’t get through this by yourself.”

“If you’ve been feeling something a long time, go and see someone. You’ll be relieved to know that there are others going through the same thing.”