Human rights at the core of Step Forward 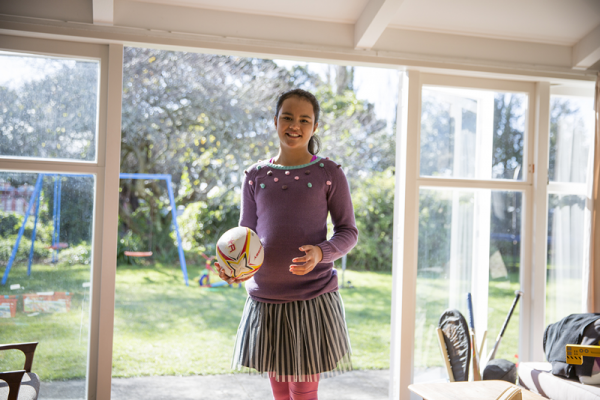 In 1997 Like Minds, Like Mine had the distinction of being one of the first comprehensive national programmes in the world to counter discrimination associated with mental illness.

Time to Change (England) and Opening Minds (Canada) often reference the ground-breaking work of Like Minds, Like Mine as the catalyst that allowed them to develop their own campaigns.

By 2013, after four national plans and five advertising campaigns, there was consensus on the need for Like Minds, Like Mine to evolve in new directions.

Virginia MacEwan - manager mental health for the Health Promotion Agency (HPA), which together with the Ministry of Health, funds the Like Minds, Like Mine programme - says the new National Plan 2014-2019 features a change in emphasis from ‘awareness raising’ to ‘encouraging action’.

The aims of the national plan are supported by a new mass media campaign. Aptly named, Step Forward, the campaign asks people to consider their own role in making New Zealand a more inclusive place for people with experience of mental illness and distress.

“Our focus for the next five years is in three main areas: workplaces, media and the community,” Virginia says. “We want to improve social inclusion for people with severe mental illness, as well as for Maori, Pacific and young people experiencing mental distress.”

Already the campaign is making inroads. Thousands of people have committed to ending mental illness discrimination by signing up on the campaign web page since its launch in July.

“They have featured on short five second TV ads, in the NZ Herald, and have posted their support on social media to spread the message out to their own networks,” Virginia says.

The biggest success so far has been on Facebook, Twitter and YouTube - #stepforwardnz - where ordinary Kiwis are sharing insightful comments and conversations about the issue. By publicly declaring their commitment to the cause, they have prompted their friends and family to also take up the call to action

Collaboration part of the strategy

Judi Clements - chief executive for the Mental Health Foundation, which works in partnership with the HPA to deliver the current Like Minds, Like Mine campaign - says social media is just one component of a carefully considered plan.

“There are also 16 community-based projects around the country, led by people with lived experience of mental illness,” Judi says. “They really make a difference by tackling some of the discrimination people still face in settings such as health, education, public places and workplaces.”

The work of these projects is supported by a range of resources and champions - people who can speak up and speak out about this form of discrimination.

The ultimate aim is for Kiwis to reflect on their behaviour towards people with experience of mental illness, make a positive change, and influence those around them to do the same.

“People with lived experience of mental illness have a right to be included in your community,” Judi says. “It has many positive impacts on other areas of life such as suicide prevention, policing, teen parenting, housing and gender diversity.”

“We are all dealing with similar social issues,” Judi says. “By sharing our combined knowledge we can focus on what works and what doesn’t work and learn better ways to make a difference.”

Back on the streets of Onehunga in Auckland, Pita Alatini said filming his street interviews was an interesting experience. The ex-All Black noted people showed a genuine interest in ending discrimination and were willing to openly share their thoughts.

“It was really heartening to hear from Pita that most of those we interviewed were aware of discrimination and agree we can still do more to eliminate it,” Virginia says.

“One way we intend to support this desire for change is to call on employers to make a national pledge for positive changes to workplace discrimination. We’re also working with researchers at Otago University and the New Zealand Police on a comprehensive programme that is designed to establish affirmative attitude and behaviour change from top to bottom in an organisation.”

Step Forward intends to continue momentum by launching a new media campaign in 2016.